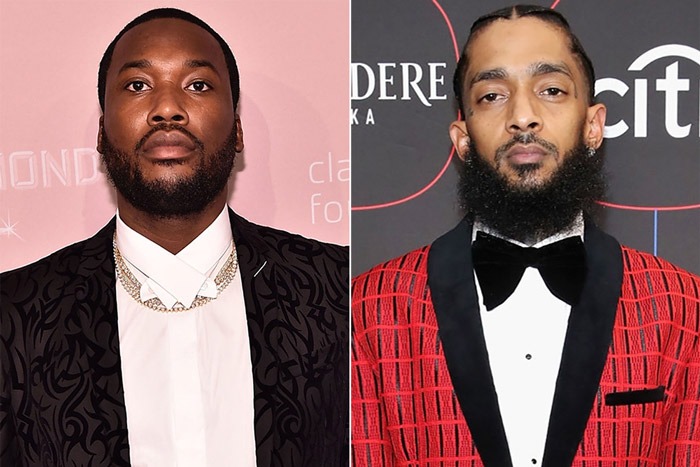 Meek Mill and Nipsey Hussle’s joint album remains up in the air.

During his #AskMeek Q&A on Friday, the Philly rapper was asked if fans will ever get to hear their joint project, which they were recording prior to Nipsey’s death. Meek revealed that it was never completed and that it remains in the hands of Nipsey’s family.

“We never finished it… it’s songs left but they for his family!” he responded.

We never finished it… it’s songs left but they for his family! https://t.co/vz4UY8SCG9

It’s unclear if the project will ever see a release. Prior to his death in March 2019, Nipsey revealed that they were readying the album for a summer 2019 release.

“We’ve been cutting ideas and just getting in. We got a couple records that’s gonna go off for the summer,” the Grammy-winning MC told Real 92.3’s Bootleg Kev and DJ Hed.

Last month, Meek performed as part of a tribute to his late friend at the Grammys and also debuted “Letter to Nipsey” with Roddy Ricch.

On Friday, he released his motivational anthem “Believe” with Justin Timberlake. He is now readying a new album, which promises something for everyone. “I’m about to drop that ignorant shit go … shit gone be separated from REFORM! Lol,” tweeted the Dream Chasers boss.

Meek is also expecting a baby with his girlfriend Milan Harris. When asked if he wants a boy or girl, he revealed that he wants a daughter.