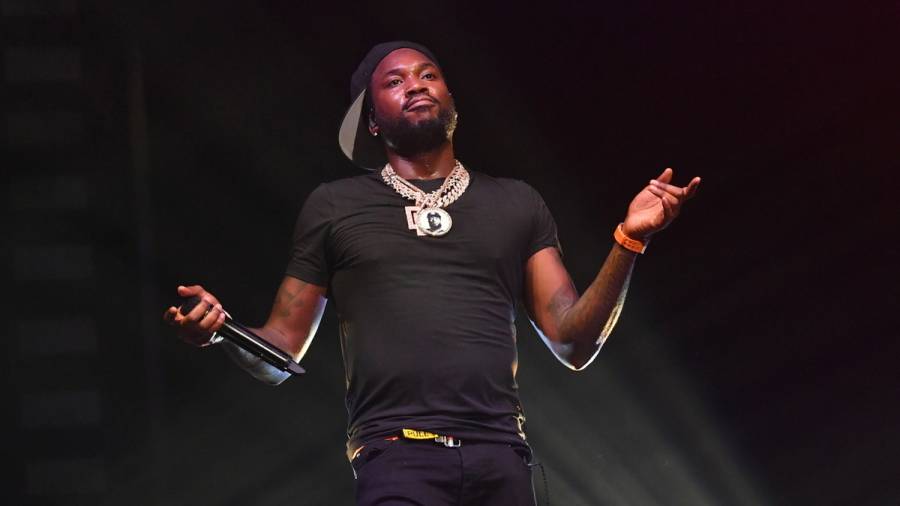 Some believe Hip Hop is a young person’s game with all the energy the newcomers bring to help them stand out from their older peers. Hip Hop fans see it all the time when a fresh, young artist comes in and changes the game.

On the latest episode of HBO’s The Shop: Uninterrupted, DJ Khaled took a minute to reflect on the newcomers that come into their respective fields and shake up the industry. According to Khaled, there should be respect on both sides of the fence. The newcomers should respect the older veterans that paved the way, while the old heads should embrace the new energy from young guys.

Meek Mill agreed with DJ Khaled’s statement that respect has to come on both sides. He chimed in and gave an example of how Lil Baby and Lil Durk had him stuck on his rhymes one day in the studio.

“This was probably like six months ago,” Meek Mill explained. “Lil Baby and Lil Durk terrorized me in the studio. I had writer’s block. I’m in the house with a bunch of babies quarantined. My lifestyle changed dramatically.”

He continued. “They start coming to my house, and I’m just noticing these young bulls like they smoking me. I’m taking two, three hours to finish my record. Khaled knows I do nine songs a day, but I just wasn’t in it, but I fed off of them, though.”

Meek said he made sure to shout out Baby and Durk for their relentless work ethic and pushing him to go even harder.

“I told them, ‘You young n-ggas is in the building, I’m feeding off y’all today I need the energy.’ They came back four weeks later, and I’m in there banging them out, and we just fed off each other in that time.”

Unlike his praise for Lil Durk and Lil Baby, Meek Mill had no time for Kanye West and his forthcoming album Donda. While social media personality Justin Laboy said Donda is a return to form for the Chicago legend, Meek Mill didn’t buy into the hype, and Kanye fans proceeded to attack Meek online with insults.