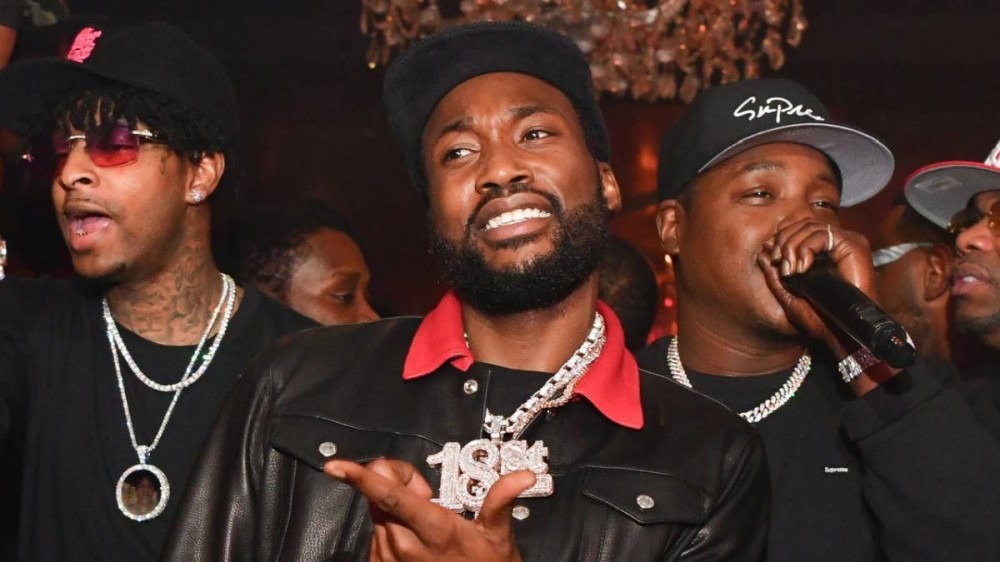 Meek Mill knows firsthand the effects of opioid addiction. During a 2019 interview with Charlamage Tha God, the Philly rapper admitted he used to take as many as 10 Percocets a day at the height of his pill-popping habit. “You’re walking with death,” he said. “Real shit.”

These days, though, Meek Mill steers well clear of pills after successfully kicking his habit.

During a recent appearance on Gillie Da King and Wallo’s Million Dollaz Worth of Game podcast, the MMG representative revealed he now maintains a “zero tolerance” policy towards Percocets, thanks in part to the widespread threat of fentanyl, the deadly opioid that has claimed the lives of Mac Miller, Lil Peep and Shock G.

“That shit is fentanyl. If you take Percs right now, you an asshole,” Meek said at the 25:15-minute mark. “You can die off of just trying to get high, kill half your brain cells in your mind just by trying to get high.

“Nine times out of ten, when you get a Percocet off the street, it’s probably gonna be a hit-up Perc. They got tests on the Instagram. We ain’t trying to do all that to get high, man.”

Meek Mill later touched on his former Percocet addiction before stating he’s not even interested in chasing an opioid high anymore due to the potentially life-threatening risk involved.

“I ain’t no get-high n-gga,” he added. “I did Percs before in my life, got addicted… I been on Percs before fentanyl came out, but still it was, like, an always-open door. If I wanted to do it, I’d just do it on my own. Now that shit is a zero tolerance.

“I don’t give a fuck about getting high, I’m not gonna risk my life to get high. You can die. You can have a bad Perc fuck your head up.”

Despite his strict policy when it comes to pills, Meek Mill still enjoys a little weed and alcohol, although his negative experiences with marijuana means he prefers to stay sober.

“The most I’ma do is smoke some weed and sip some liquor, and I ain’t even trying to smoke weed like that,” he explained. “‘Cause I be tweaking on that. I be paranoid, all types of shit. I’m half-way slow when I get on the weed, but I rap good.”

During a recent interview with Apple Music’s Zane Lowe, Meek Mill elaborated on how smoking weed (which he was previously unable to do freely while on probation) helped fuel the making of his brand new album Expensive Pain.

“It unlocked the real art side of me, really new flows, new melodies, being more vulnerable, more personal,” he said. “I think the people going to be able to identify when they hear this album. I got a lot of energy but I’m not screaming on a lot of records. You can hear me more clear because I’m expressing myself.”