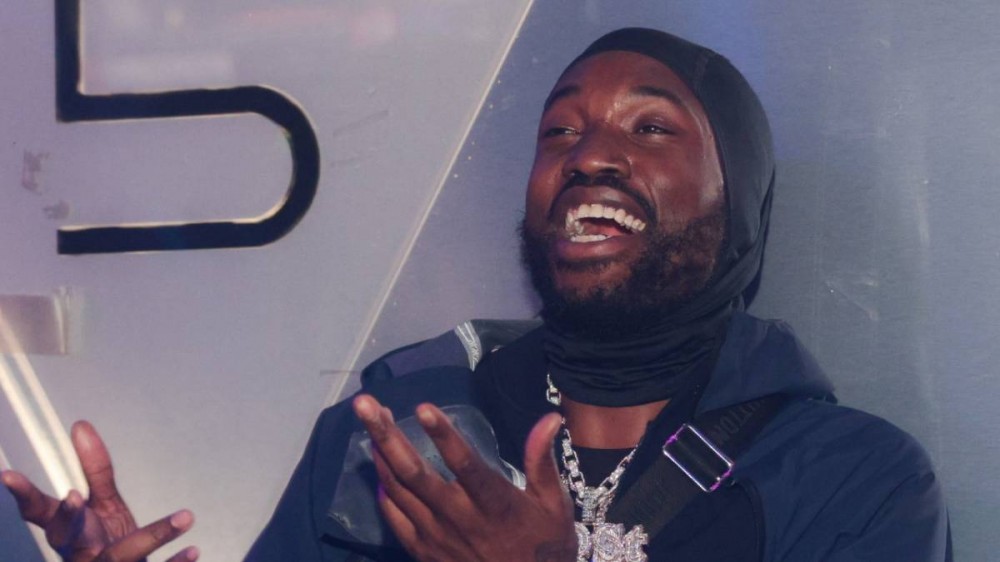 Meek Mill wasted no time getting in the studio following his run-in with 6ix9ine.

In a post shared to his Instagram story on Sunday (February 14) just hours after their parking lot fiasco, Meek previewed a track where he’s taking aim at the rainbow-haired rapper.

Following a night out at an Atlanta club on Saturday (February 13), 6ix9ine allegedly “ran up” on Meek in a parking lot, resulting in multiple viral videos and a lot of shouting. While Meek chose not to physically engage, he did manage to spit on the “TROLLZ” rapper and later took to Twitter to share his side of the story.

“Why 69 just run up on me wit a bunch of cops so I spit on him,” he wrote. “I thought I was dreaming…he waited outside for me with the feds wtf.”

In another tweet, Meek accused 6ix9ine of attempting to start trouble to get him locked up.

“We did not run into eachother I was getting in my car he just popped out,” he clarified. “We almost was smoking on that 69 pack for the love of a viral moment ….. he tryna get something locked up no cap lol.”

For his part, 6ix9ine posted a photo of Meek’s reaction amid the confrontation and captioned it, “This is how n-ggas look when they see me in REAL LIFE after talking shit on the internet.”

6ix9ine’s since deleted it.