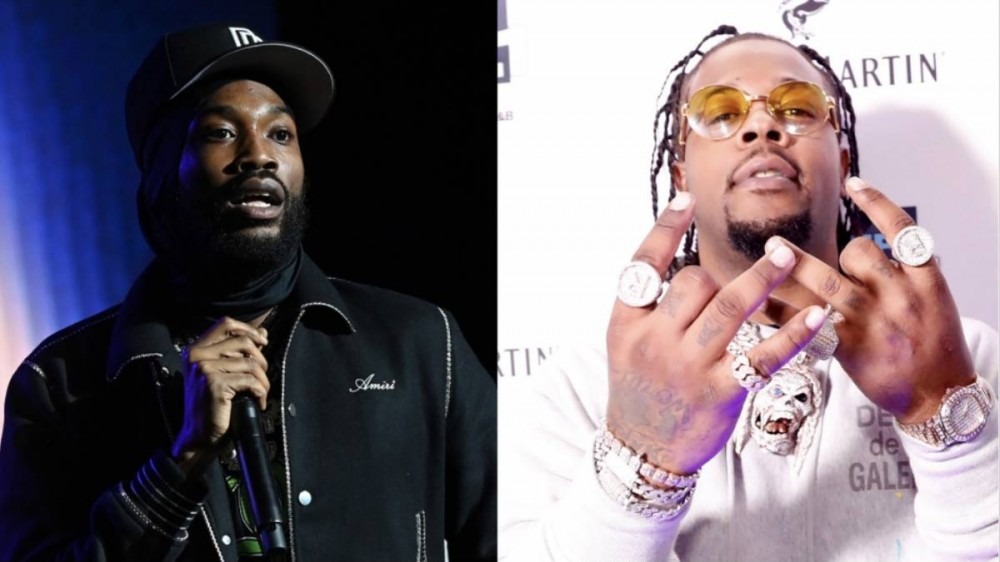 Meek Mill is looking out for his peers who are going through similar issues with their record label. On Tuesday (December 14), Rowdy Rebel aired his frustrations with Epic Records, claiming they haven’t paid him a dime for his music in seven years.

“I’m not dropping no more music until Epic Records pay me,” he wrote in a since-deleted Instagram post. “I haven’t received not one check for all the music I put out since 2014. I been patient but enough is enough.”

Meek Mill, who put his own label on blast over money issues in October, reshared Rowdy’s message on his Instagram Story, and the Philly native had a simple solution to the problem.

“Drop mixtapes!!!!” Meek urged Rowdy in the caption of his Instagram Story.

Meek Mill may be on to something with his advice. Record companies have a harder time controlling mixtapes as they aren’t released through the label. A mixtape’s profits — generated through streams, merch and touring — will go directly to the artist, minus sample clearances and payments to producers.

Rowdy Rebel’s situation is alarming, especially considering he was gearing up to drop his debut studio album in 2022. However, he isn’t the only GS9 rapper currently dealing with label issues; Bobby Shmurda revealed earlier this month he hasn’t had control of his music since his 2014 breakout hit “Hot N-gga.”

“I ain’t been in charge of my music since I was 19 years old and I just turned 27 and honestly idk when shit dropping,” Bobby wrote in a since-deleted Instagram post. “So don’t ask me shit go ask them mf’s since they wanna control everything!!!!!!!”

As for the task of avoiding label money woes in the future, Meek Mill is looking to follow in the footsteps of Money Man. The Atlanta rapper recently made history as the first artist to receive his label advance via Bitcoin, banking $1 million as part of his new deal with EMPIRE.

“Ima get my next record deal paid in bit coin behind @moneyman,” Meek wrote on Instagram in November. Perhaps Rowdy Rebel could take note of that, too.