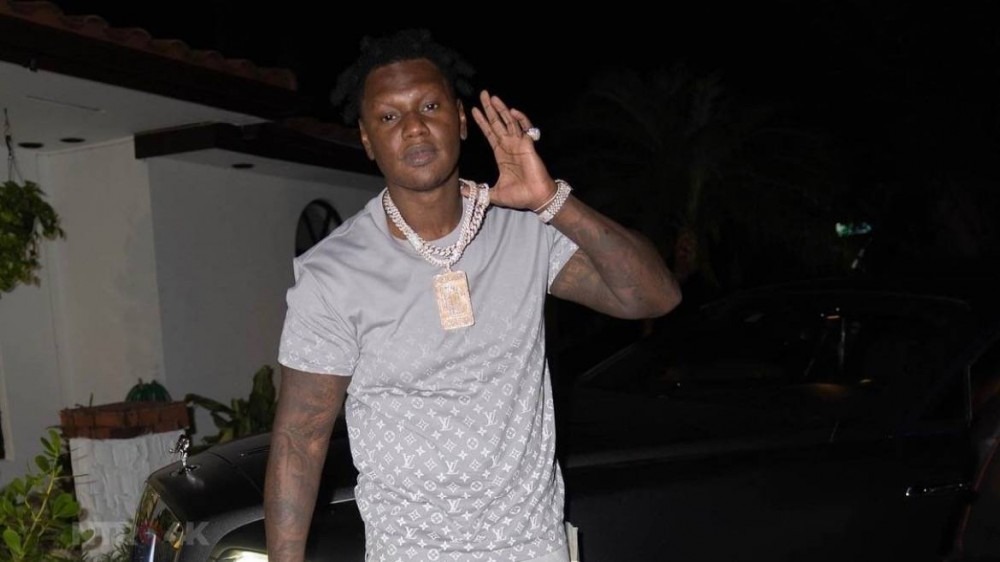 One of Meek Mill’s artists was dealt a bad hand after getting lucky and escaping a scary car accident with his life recently.

On Friday (April 23), North Florida rapper TAFIA was arrested and accused of organizing a wire fraud. The 31-year old appeared in court on Friday, facing accusations of a complicated fraudulent transfer of money using Walmart’s wire transfer services. The fraudulent transfer allegedly totaled more than $360,000. TAFIA was also charged with grand theft and possession of a firearm.

TAFIA’s arrest comes a week after being involved in a terrifying car accident that nearly took his life. Florida Highway Patrol Lt. Alex Camacho said at around 3:00 a.m. on April 15, TAFIA’s vehicle collided with a tractor-trailer causing it to lose control and crash into a concrete barrier wall. The crash force caused about 100 gallons of fuel to spill onto the roadway, causing the tractor-trailer to burst into flames. TAFIA and the driver of the tractor-trailer escaped with only minor injuries.

According to TAFIA, another vehicle cut him off, causing him to turn right. When that happened, the driver of the tractor-trailer didn’t see him and turned right also, causing the accident to occur. Although he was treated at the scene, TAFIA went to the hospital soon after.

“Leaving the hospital,” he wrote on Instagram. “Thanks for all the love! I’m big taf doe…18 wheeler can’t take me out.” He added in the caption, “God got me!”

Meek Mill signed TAFIA to his Dream Chasers imprint last year after getting a hold of his mixtapes. TAFIA’s video for “Ran Thru” was released in February 2020.