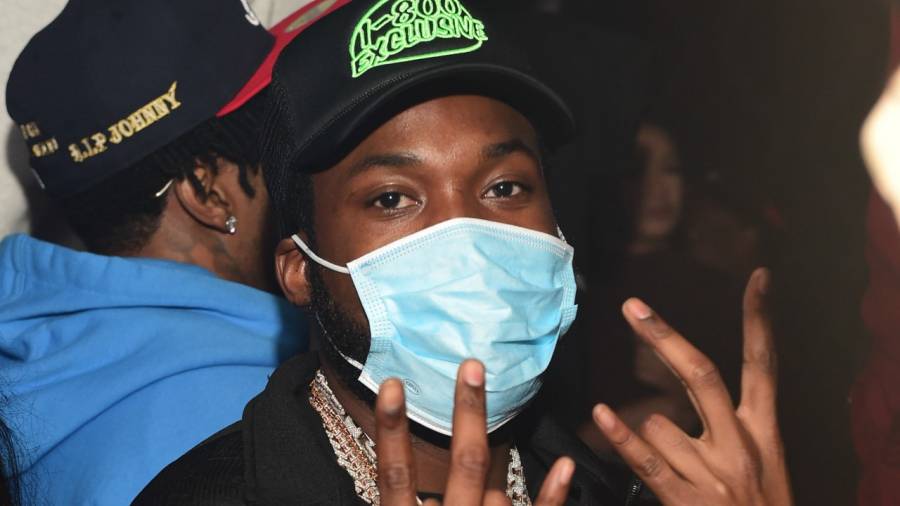 But according to Meek, he made amends with Vanessa less than 24 hours after her post. In a tweet fired off in the wee hours of Tuesday morning (February 23), Meek urged people to basically let it go.

“I apologized to her in private earlier today not to the public,” he wrote. “Nothing I say on my page directed to a internet viral moment or the family of a grieving woman! If you care about someone grieving change the subject!”

I apologized to her in private earlier today not to the public…Nothing I say on my page directed to a internet viral moment or the family of a grieving woman! If you care about someone grieving change the subject!

Meek became a trending Twitter topic on February 17 when the leaked song snippet started making the rounds online. Many found Meek’s mention of the fatal helicopter crash that claimed the lives of the NBA superstar, his 13-year-old daughter Gianna and seven other people to be ill-timed.

“Yeah, and if I ever lack, I’m goin’ out with my chopper, it be another Kobe,” he rapped. “Shit, I could tell that they ain’t never know me/’Cause if they knew me they would’ve never showed me.”

One Twitter user responded with, “He made a reference about Kobe’s death in the helicopter, meek is a fucking weirdo ass clown for that,” while another said, “Meek Mill been a clown but too say that line about Kobe & a choppa…… ON BLACK HISTORY MONTH???”

In addition to Kobe and Hip Hop fans alike, the Roc Nation affiliate also caught an Instagram tongue-lashing from  Wack 100 for the line.

“Some metaphors SHOULD not be used,” he wrote alongside a photo of Kobe and his daughter Gianna who was also killed in the January 2020 helicopter crash. “Pretenders struggle to pretend when it’s not authentic — 1 man don’t speak for #Philli -Rip #Kobe&GIGI.”