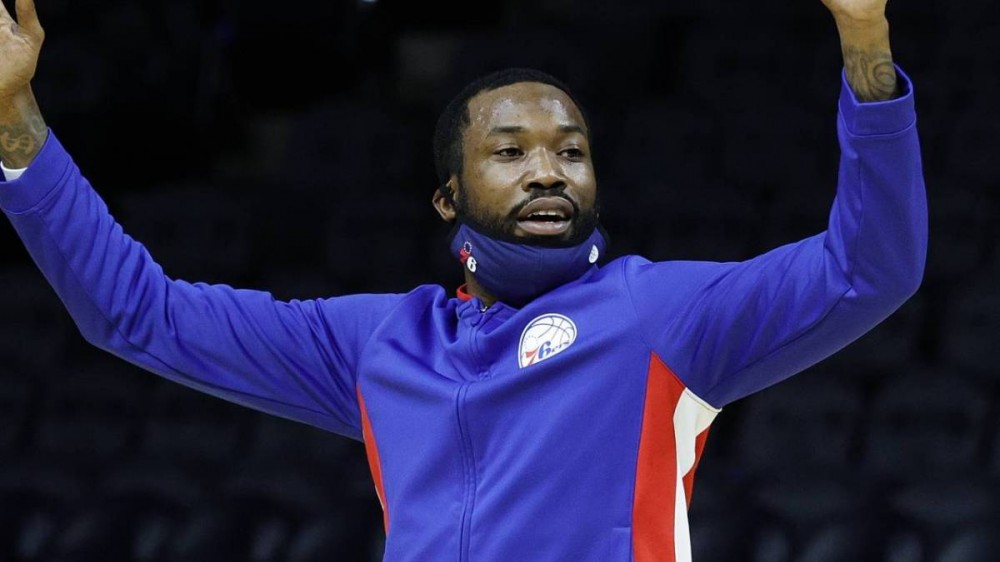 Philadelphia, PA – Hip Hop culture and the sport of basketball have long gone hand-in-hand. Rappers love sitting courtside and catching some NBA action, but there’s times when they also join in on the fun.

On Wednesday (March 2), Meek Mill was sitting courtside at the Philadelphia 76ers game where his hometown team took on the New York Knicks. During one of the timeouts, Meek got a hold of a ball and decided to show his Steph Curry range by shooting a long-range jumper from well beyond the three-point line.

Sixers owner Michael Rubin captured the footage on his Instagram Story, showing his 327,000 followers how impressive Meek’s form was. The Philly rapper looked impressed himself, giving high fives to people sitting next to him courtside.

“Not bad!!,” Rubin captioned the clip.

The Dream Chasers Records founder has a pretty strong friendship with Harden. The 10-time NBA All-Star recently spoke about the time Meek pulled up to his crib with Lil Baby and Lil Durk hours before he had practice.

“They all called me like, ‘Yo, we about to pull up to Houston.’ Baby, Durk, Meek,” Harden remembered. “They all come to the house [from] Atlanta, like two in the morning. I gotta go to practice in the morning! They come in the studio and I’m up with them the whole time.

“And I go right from the studio at 7:30 a.m. right to practice. I can’t miss this opportunity! They in the studio, I gotta see what these dudes about to talk about.”