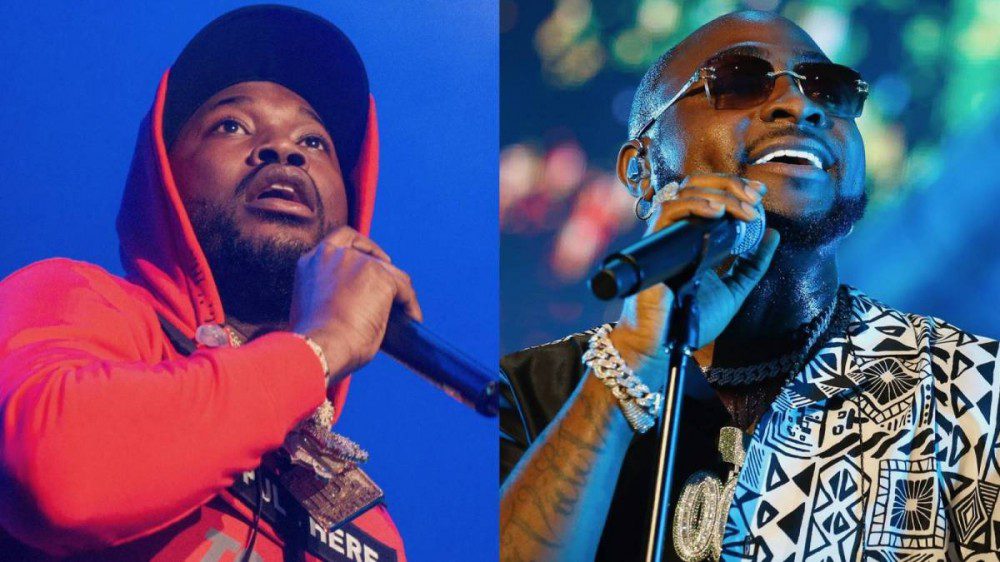 Meek Mill has put a request for a new collaboration with Davido into the universe ahead of his visit to the motherland this winter.

On Friday (October 14), the Dreamchasers boss revealed he’ll be joining the Nigerian-American singer, along with the likes of Rema, Black Sherif and more on the bill for this year’s Afro Nation music festival taking place in Accra, Ghana on December 29 and 30.

While expressing his excitement for the event in a post he shared with his 22 million Instagram followers, Meek Mill also called on Davido to complete a collaboration ahead of the event.

“GHANA [Flag and diamond emojis] DC ALL THEM BIKES UP IM SHOOTING A VIDEO THERE… if you From america and you rock wit us come for the experience! @davido we need a song b4 if you ready!” Meek Mill wrote in the caption of the post.

If it goes ahead, this isn’t the first time Meek Mill and Davido would have teamed up on a record. The two artists already managed to work together in the early 2010’s era, during the Expensive Pain MC’s stint with Rick Ross’ Maybach Music imprint.

The song in question is Davido’s 2015 single “Fans Mi” which has amassed more than 13 million YouTube views since being released seven years ago.

News of Meek Mill’s appearance at Afro Nation follows a flurry of his impressively potent 2022 moves, which he is currently navigating as a newly independent artist.

After announcing he was leaving JAY-Z’s Roc Nation management back in July, effectively ending his 10-year tenure in order to take direct control of his own career, Meek Mill revealed last August he had formed a strategic partnership with WME talent agency to further develop his brand and support the next generation of cultural leaders.

He’s also been busy on the music side of things as of late, releasing his inaugural 2022 single “Early Mornings” last month, in addition to teasing his upcoming collaboration with his Philadelphia rap counterpart Lil Uzi Vert.