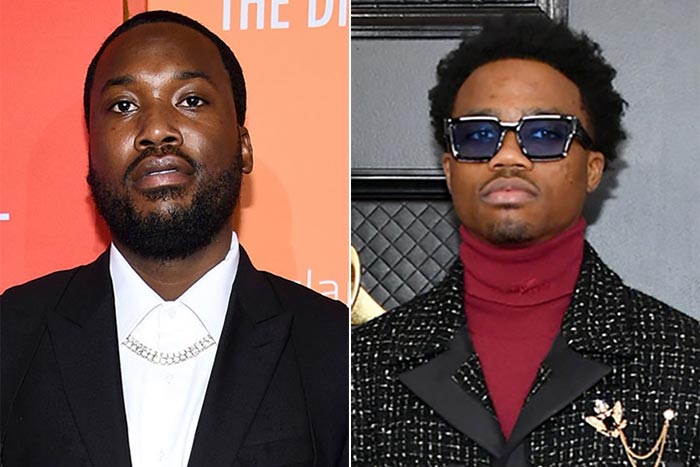 Fresh off their Grammy performance, Meek Mill and Roddy Ricch pen a tribute to Nipsey Hussle on “Letter to Nipsey,” where they reflect on the loss and legacy of the late great rapper.

“When we lost you, it really put some pain on me,” raps Meek. “Got me scared to go outside without that flame on me / And when them ni**as went against me, you ain’t change on me.”

Roddy recalls where he was when he heard of Nipsey’s passing. “I was in Miami when I lost you / I ain’t talk about it / Remember I balled out in tears when I saw your body,” he raps.

All proceeds from sales and streams of “Letter to Nipsey” will benefit Nipsey’s family.

Meek and Roddy debuted their collaboration earlier tonight during a star-studded tribute to Nip at the Grammys, which also featured DJ Khaled, YG, John Legend, and Kirk Franklin.

Roddy and Nipsey also won a Grammy for Best Rap Performance for “Racks in the Middle.” Meek lost Best Rap Album to Tyler, The Creator, but he was a good sport about it. “Congrats Tyler the only artist that can scream louder than meee!!!” he tweeted.