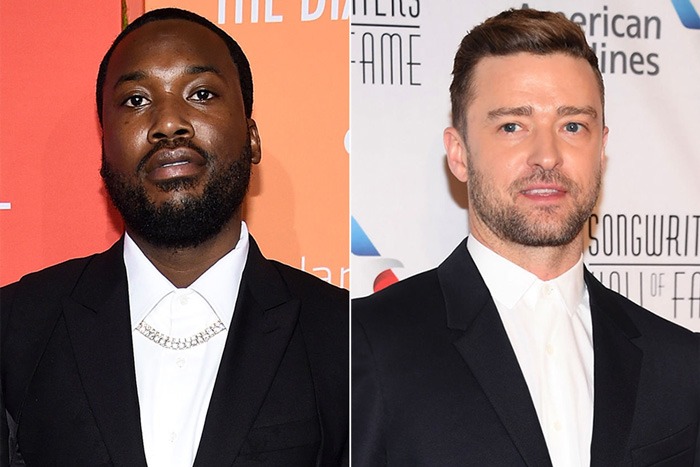 This what they’ve been waitin’ for.

Meek Mill teams up with Justin Timberlake on his new single “Believe.” The empowering track serves as a motivational anthem for anyone going through tough times.

In addition to readying a new album, Meek is expecting a baby with girlfriend Milan Harris. He will also make his acting debut in the upcoming movie Charm City Kings, which hits theaters in April. Last month, he dropped his Nipsey Hussle tribute “Letter to Nipsey” with Roddy Ricch and can also be heard on the Bad Boys II soundtrack.

Timberlake is gearing up for his own music. He has been in the studio with Lizzo and is producing the upcoming Trolls World Tour soundtrack, which is due in March featuring new music from Anderson .Paak, Mary J. Blige, George Clinton, SZA, and Timberlake himself.

“I’m having these experiences that are fueling me in such a different way,” he said during an interview with “Entertainment Tonight” last year. “I think it was really birthed out of what can I do right now to just be a part of my community and integrate.”

Listen to “Believe” below.