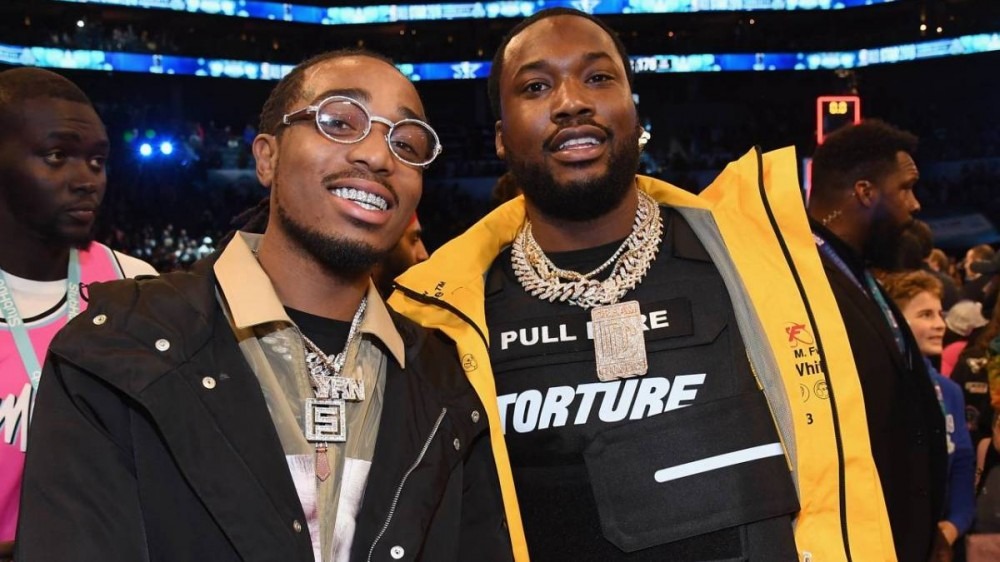 Things are going bad for Meek Mill right now. The Philadelphia 76ers dropped Game 7 to lose the series in an epic collapse at home to the Atlanta Hawks 103-96 Sunday night (June 20). On top of Philly taking the L, Meek’s pockets are feeling a bit lighter after paying up a bet to loyal Hawks fan Quavo on Monday (June 21).

“I lost some shittttttt on that game,” Meek Mill wrote to Twitter.

Quavo then jokingly thanked Meek for making the bet, “Appreciate ya Business.”

The original bet looked to be a $10,000 wager. When Migos appeared on The Breakfast Club during their Culture III media tour last week, Huncho confirmed the $10,000 bet with meek but teased going up to $20,000 and even higher to raise the stakes as the series went deeper.

Quavo was in the building Sunday night behind enemy lines to see his Hawks advance to the Eastern Conference Finals for the first time since 2015 where they will take on the Milwaukee Bucks.

He celebrated with the Hawks in the locker room and even danced around as they bumped Culture III single “Straightenin.” Game 7 hero Kevin Huerter gifted his sweaty jersey to Quavo and Huncho wore it around for the rest of the euphoric night.

As for Meek Mill, snippets of new music have made their way around social media. The Philly rhymer was captured playing unreleased tunes in the studio with Bobby Shmurda and Takeoff.