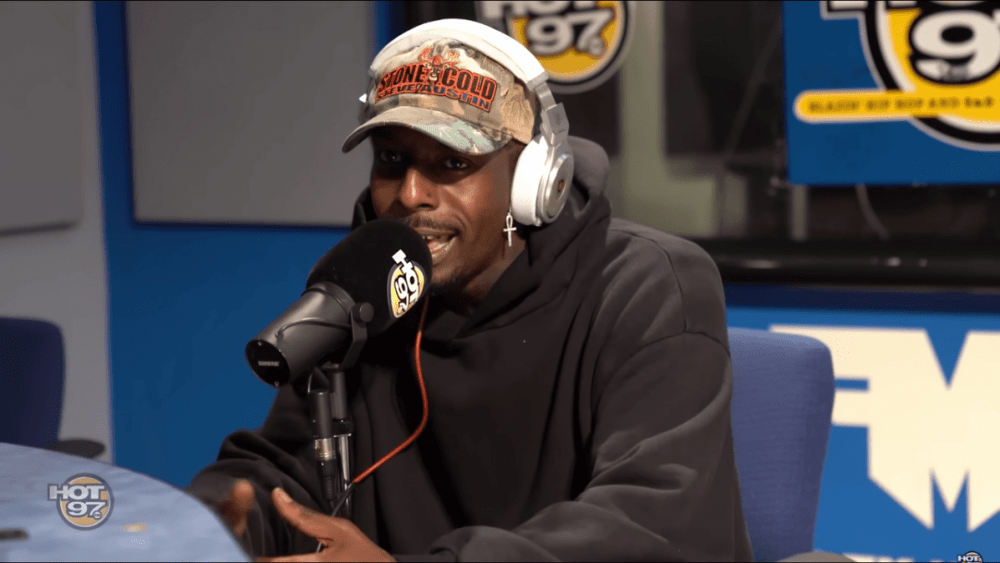 Meechy Darko has dropped off a new freestyle which hears him body a classic Pharoahe Monch instrumental — check it out below.

Upon his introduction, Meechy said he wasn’t interested in doing much talking, and merely reminded Flex and his listeners that his album drops August 26. From there, he slid into a freestyle over Pharoahe Monch’s 2019 track “The Truth.”

The 32-year-old followed up the announcement by dropping “On GOD” with Freddie Gibbs and A-Trak. The track finds both rappers spitting venomous bars over A-Trak’s unsettling production.

“They say life’s a bitch, but we break bitches down/ Acid by the sheets, ganja by the pounds/ N-gga in my city, I move like Nino Brown/ Bitches, rub your titties, haters, take these rounds,” Meechy raps.

Gibbs follows it up by rapping: “Lord know He got a date for me/ Young n-gga make these plates for me/ Dope in the cut, I’m a rock it all up/ You can post up, serve these Js for me/ N-gga, fuck rap, crack pays for me.”

Meechy Darko had previously dropped off the singles “Get Lit or Die Tryin’” and “Kill Us All (K.U.A.), giving the former an unsettling new music video back in July.

Speaking about the album, Meechy said in a press release: “I had no choice but to make this the most personal thing I’ve ever done because fortunately or unfortunately, I’m in an extremely soul-stirring part of my life right now.”

He continued: “Who I was yesterday may not be who I am tomorrow. I’m not who I was last week. There’s no telling who I’ll be next year or the year after, so it’s very important to capture this while I can still feel.”

Gothic Luxury will heavily focus on the death of Meechy Darko’s father Ryan Simms, who was shot and killed by Miami Beach police officers back in 2020 after he stabbed a responding officer with a knife.

“My heart is shattered,” Meechy said in a statement on the Flatbush Zombies’ official Instagram. “Never ever in my life felt pain like this before. On January 12th My father was Shot & Killed by Miami PD. I’m trying to stay strong and be tough for him. I’m filled with so many emotions right now. I don’t want to come on here for any type of sympathy. I want to spread this message. To Any and everyone out there dealing with Mental illness. Please get help.”