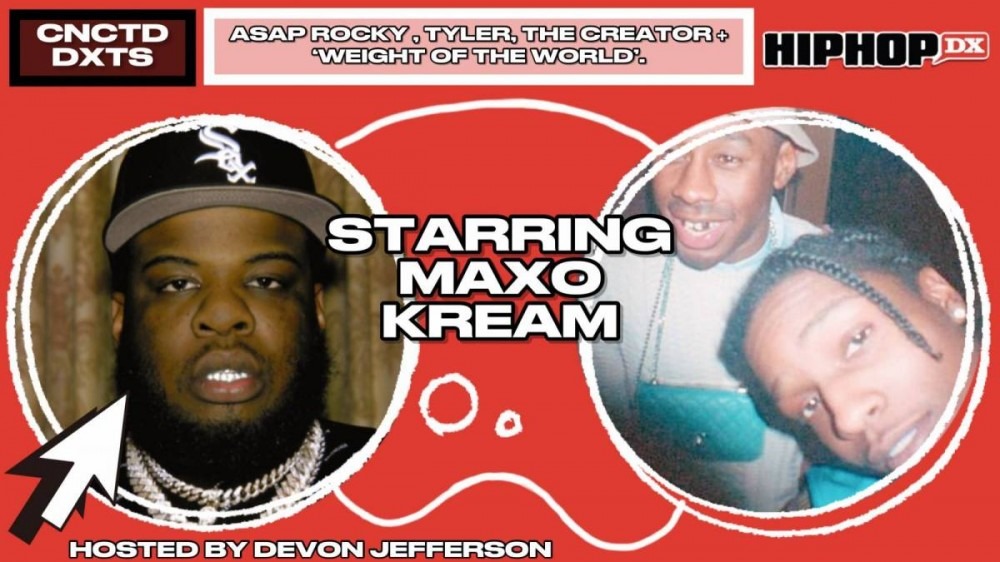 HipHopDX – Maxo Kream believes his music has more in common with the prose of J.K. Rowling than most of his supporters even realize.

During his recent interview with HipHopDX’s Connected DXTS series, Maxo explained why listeners need to treat and collect his albums like the widely popular Harry Potter novels.

“I just want people to jam the album bro and see the growth within the album from Brandom Banks to this,” Maxo began. “Cause my shit kind of like a Harry Potter book. It’s not like you can’t just read one of them. You got to go on. Touch down with all of em. I leave that to them.”

And for those still wondering how the “Roaches” rapper’s release compares to the sequential Harry Potter and The Chamber Of Secrets book, Maxo Kream seemingly engages literature enthusiasts by explaining how the Weight of The World title itself represents the heartbreaking, harrowing journey he’s undergone on throughout the past year, following the shooting death of his younger brother Money Du.

“Since the pandemic, I lost my brother,” Maxo began. “He just had a daughter. I just had a daughter. My family and my grandmother dealing with COVID. Thank God she’s survived it and shook back and she learning how to walk, and shit now. I just felt like I had the weight of the world on my shoulders. It’s the weight of the world, but I never said it was too heavy. You feel me?”

Maxo Kream’s debut Brandon Banks album cracked the Billboard 200 Albums chart upon its release back in 2019 and primarily focused on his upbringing in Houston and relationship with his convict father, who went to prison for fraud when the now 31-year-old rapper was an 11-year-old boy.

His new Weight Of The World effort follows suit with the same sort of interpersonal, street-facing themes of his previous project, with the addition of guest verses from A$AP Rocky, Tyler, The Creator, Don Toliver, Freddie Gibbs and more.