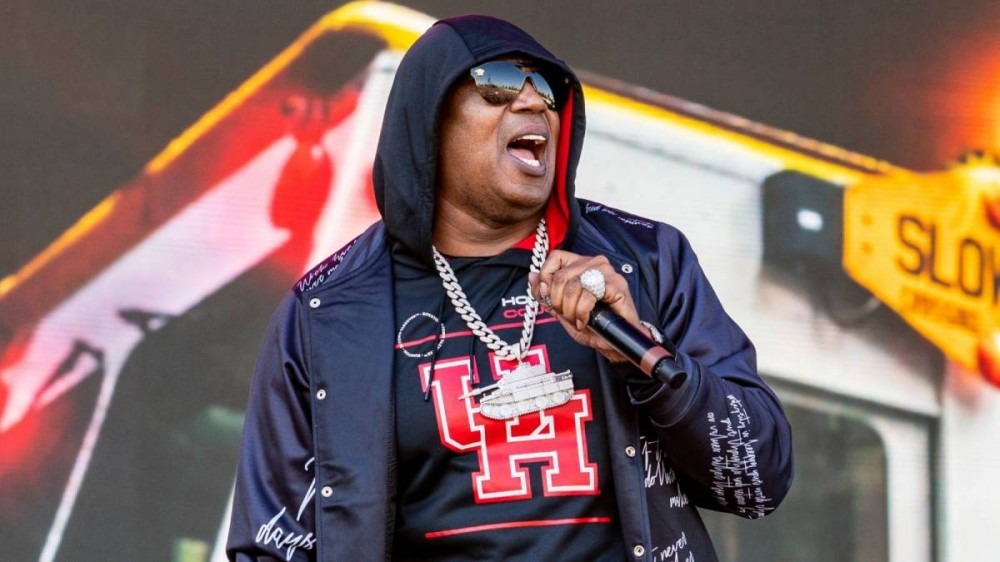 Exclusive – Famed investor Warren Buffett is one of the wealthiest people in the world, with a net worth of roughly $100 billion. In 1960, the Omaha native asked a group of 10 doctors to invest $10,000 and wound up with 11. Buffett pooled their money with a paltry $100 original investment of his own.

Just two years later, Buffett was a millionaire with an excess of $7,178,500, of which over $1,025,000 belonged to Buffett. He merged all of his partnerships into one then invested in and eventually took control of a textile manufacturing firm, Berkshire Hathaway, which now owns GEICO, Duracell, Dairy Queen, BNSF, Lubrizol, Fruit of the Loom and many other lucrative companies. Much like Buffet, Master P started his No Limit empire with just a $10,000 investment.

In a recent interview with HipHopDX, the buzzing entrepreneur looked back on those early days when he was just a wide-eyed teenager desperately wanting to escape the poverty that surrounded him in the New Orleans projects. After inheriting the small chunk of money from a deceased relative, he moved to Richmond, California where he opened No Limit Records.

“That’s how it all started,” he confirms to DX. “I was this 19-year-old kid with a record store in Richmond, California and built it. You know, it was tough building that process and growing it. But you don’t have to have a lot of money. Everybody thinks you need millions of dollars to start a business.

“So I started No Limit with $10,000, and it turned into a multi-million dollar empire; went from selling no records to selling over a 100 million records. It’s a blessing. You gotta dream big. Yeah. You got to, yeah. You just gotta dream big.”

According to a 2021 article from Forbes, Master P’s current net worth totals at least $200 million. The 54-year-old business mogul signed an unprecedented distribution deal, has released a small arsenal of multi-platinum albums, sold over 100 million records worldwide and expanded into the grocery business with Uncle P’s foods and Master Crunch Cereal. After dominating the rap genre for over a decade, he further fulfilled his dream of playing professional basketball, landing NBA contracts with the Toronto Raptors and Charlotte Hornets.

“I come from a poor culture of people, nobody in my family had money,” he told Forbes in 2015. “I had to break the negative cycle and pass that on to my kids.”

But with success often comes fame, and that’s been something Master P had to learn to navigate as his career continues to evolve.

“Being famous is doing something that surpass being ordinary and you know, it put a spotlight on you to where everybody understand that you did something exceptional and people want to be a part of it,” he explains. “But the one thing that people have to realize that fame, talent, it don’t last forever. That’s why I got into the product business. Product outweighs talent. It outweighs fame. And when you have great product, that product will be around when you are not around.

“And that’s what I love about being able to create cereal and be able to create these brands. And I tell people all the time we took over the music industry. Now we taking over the grocery stores. So that’s where the whole Master Crunch thing come in. What’s good though is creating a online grocery store like Amazon because the world is changing, so I’m preparing for the future. I want to be able to have great product that people believe in and a product that’s trustworthy and they’re able to get it eCommerce. So we really want to change the game through that.”

Master P partnered with PLB Sports & Entertainment in November to launch Master Crunch Cereal, a honey-nut toasted oat profile. A portion of the cereal’s proceeds will benefit Master P’s Team Hope Foundation, a non-profit organization focused on enriching the lives of inner-city youth by furthering their education and providing life-advancement opportunities as well as assisting senior citizens with food and shelter. He recognizes his philanthropic attitude is integral to his success.

“If you do the right thing, the Lord will keep blessing and that’s what people got to realize,” he says. “I mean, I’ve been successful at this for 25 years, and God has been blessing me because I’ve been blessing other people.”

Check back with HipHopDX soon for Part III of the Master P interview.