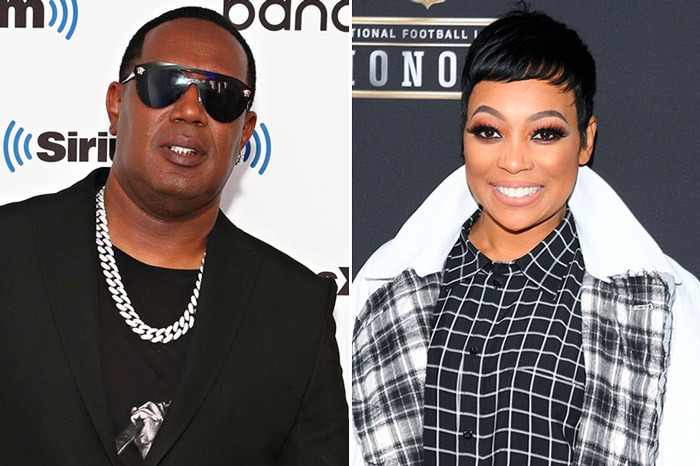 Master P is calling out Monica after she and Kim Kardashian teamed up to lobby for the release of his brother, Corey “C-Murder” Miller.

In a video message, the No Limit Records founder aired out his grievances with his brother and said that he and his family have been trying to help the incarcerated rapper for years, but he never showed them the same appreciation and respect that he showed Monica and Kim, who he called his “angels.”

“My grandmother, she’s not here right now. She’s my angel. She should be his angel,” said P. “I’ve never heard him talk about her like that. I know Kim Kardashian put out one tweet and she his angel, which is crazy to me. But I appreciate it. Like I said, my brother is innocent and I hope she can get him out. I want him to come home.”

Master P shares his frustration with his brother, C-Murder, and how he called Kim Kardashian and Monica his angels. Monica responds pic.twitter.com/UZ36trM5pw

C-Murder was convicted in 2009 for killing a 16-year-old fan, Steve Thomas, at a nightclub in 2002. He was sentenced to life in prison at the Louisiana State Penitentiary, but has maintained his innocence for years.

Last week, Kim announced that she was teaming up with Monica to fight for his release. A grateful C-Murder showed his appreciation to both women on Instagram. “7 months ago I called @monicadenise & she conferenced in @kimkardashian ! I did not know Moses had been working to reach Kim,” he said. “I am a man so it was no one’s responsibility to save me & no one attempted to! But when you trust God he will send his angels!”

7 months ago I called @monicadenise & she conferenced in @kimkardashian ! I did not know Moses had been working to reach Kim. After our call for the first time in 19 years, I slept!! You can rest behind these walls but never do you actually sleep! My case had been stagnant for years! So I published multiple books to help feed my kids & pay lawyers bare minimum! I am a man so it was no one’s responsibility to save me & no one attempted to! But when you trust God he will send his angels! This message is To any man or woman fighting the injustices of the system , DONT EVER GIVE UP!!! And do as I am. Focus on the Blessings, Not the Betrayals! #TruStory #FREECoreyMiller

Master P, however, takes issue with his brother’s loyalty to Monica when he’s not been grateful to his own family. “He just started talking back to her seven months ago,” he said. “I know maybe it’s prison talk or I know he’s incarcerated, I get that, but still, you have to have a heart for the people that really helped you.”

While other family members are optimistic that C-Murder will come home a changed man, Master P has his reservations. “The truth is, what did he do the first time he was home? Who did he help? Why do people owe him when his friends have him incarcerated? That’s the real reason he’s incarcerated. I changed my life and I left those same friends behind ’cause they didn’t wanna do right. They wasn’t on the same page I was on.”

He also told his “ungrateful” brother that he’s cutting him off financially (“The ATM, I’m pulling the plug off”) and won’t be visiting him in prison. “I’m not coming to the jail house no more. I’m not getting feeled on or motherfu**ers touchin’ on my ass.”

Master P claims that C-Murder has surrounded himself with people who are not in his best interest and continues to support those people despite the fact that they are the reasons he’s in jail. “They turned on you, bro. You could have been home with your family,” said P.

After seeing his comments directed at her, Monica fired back at Master P for his misplaced anger and told him to focus on fighting for his brother’s freedom.

“I have been respectful towards you and you have refused to do the same! You can NOT speak on me because you do not know me!” said the singer. “I have only conversed with Silkk! This matter is between you MEN, you’re brothers ! Leave me out of this because my efforts have BEEN the same! I just didn’t see the need to post it!”

She also said that she’s frequently visited C-Murder since he’s been in various prisons. “Check the visiting lists from The Parish to Angola to Hunts or better yet ask his children! You responded before you READ! I connected him to Kim 7 months ago he’s never not be able to hit me , my mother or brother and get what he needs !FOCUS ON HIS FREEDOM!”

Master P responded, claiming Monica only recently took interest in freeing C-Murder and has never been as loyal to him as she claims. “Speaking the truth is not being disrespectful, it’s just reality. @monicadenise I don’t know you and I ain’t trying to get to know you, just for the record,” he said. “You stated you have been on C’s visiting list since Parish, that’s over 18 years and how long have you known KimK, you just now got your bff to send out a tweet. I guess better now than never.. and you’ve been married twice during that time.. so you are his ride or die. You or any other woman don’t have to prove y’all loyalty to our family, if y’all agenda is real and it’s to help get him out then do it and stop talking.”

Master P said his family remains his priority and dismissed Monica. “The mission for my family is always going to be about getting my brother’s freedom, we’re family no matter what happens we gone always be brothers,” he added. “Now y’all wanna say keep it private. I don’t know her or none of them yes people that has been talking shit about me and my family. She addressed me on social media. I was only speaking the truth, these are all facts, you can research it. I don’t mess with nobody and they started slick talking first and thought it was funny. So if you don’t want to hear more truth, keep my name out your mouth.”