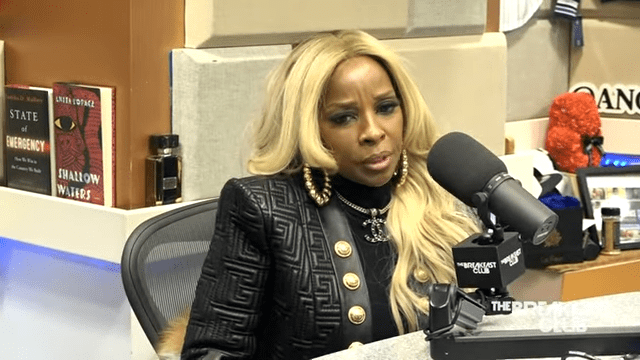 Mary J. Blige is currently on a hell of a run. Fresh off the Super Bowl stage, MJB is headed to the NBA All-Star Saturday Night stage and has a new album. Speaking about the album, the Queen of Hip-Hop Soul visited the Breakfast Club and talked about the album, specifically the single “Rent Money.”

While speaking with Charlamagne Tha God and DJ Envy, MJB revealed: “Rent Money” is literally about paying overhead while facing alimony that she was forced to pay her ex-husband, who ran through her money.

She added, “‘Rent Money’ is about a vacancy.”

Charlamagne asked for clarification if it was industry broke or nothing. Mary J. Blige clarified that it wasn’t enough to pay the overhead, so she had to work for it.

You can hear it all from Mary J. Blige at the seven-minute mark of the video below.