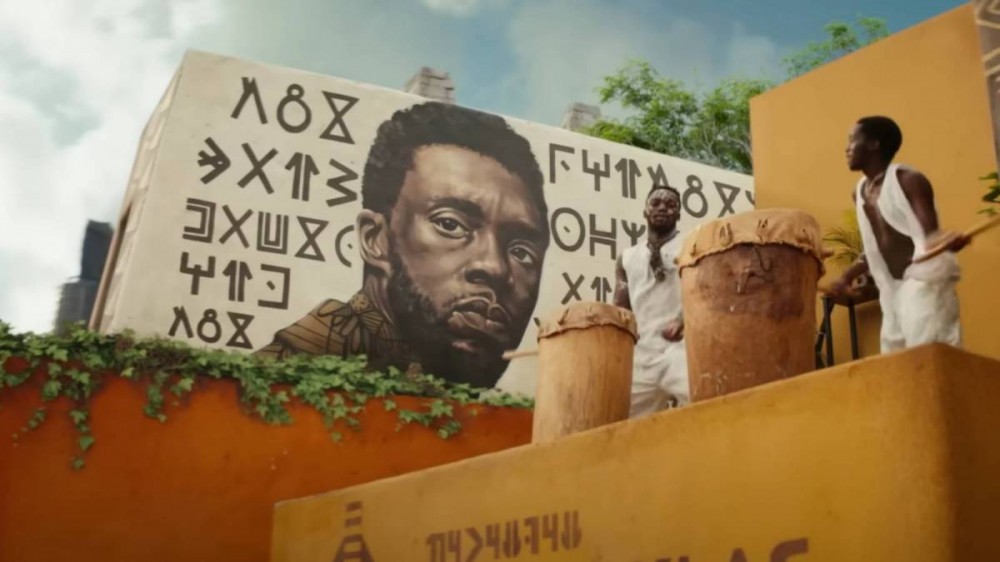 San Diego, CA – Marvel Studios released the first trailer for Black Panther: Wakanda Forever during a panel at San Diego Comic-Con on Saturday night (July 23). After Chadwick Bozeman — the star of the 2018 original— passed away in 2020 following a private four-year battle with colon cancer, the film franchise was left without its hero.

So the trailer asks: Who will take on the mantle of the Black Panther? As the teaser comes to a close, a figure is seen in the hero’s suit, but their identity isn’t revealed. Meanwhile, Tems’ rendition of Bob Marley’s “No Woman No Cry” plays in the background, making the clip that much more emotional.

“Here little darling, don’t shed no tears/No woman, no cry,” she sings. “Good friends we have and good friends we’ve lost along the way/In this great future, you can’t forget your past/So dry your tears, I seh/Everything’s gonna be alright.”

Grateful to the amazing people at @MarvelStudios. BIG LOVE to the legend Ryan Coogler.

It’s @temsbaby on the official Black panther 2 trailer. My father in heaven. Thank you once again💙

Black Panther: Wakanda Forever puts Ryan Coolger back in the director’s chair as well as Angela Bassett in the role of Ramonda, Letitia Wright as Shuri and Lupita Nyong’o
as Nakia. But the absence of Boseman, who play T’Challa, is palpable. Coogler spoke about Boseman’s death during the Comi-Con panel and the challenges of filling his shoes.

“It’s going to be hard to follow that up, but we’ll try,” Coogler said per Variety. “It’s been five years since I was here. I sat about there and we premiered the first footage from ‘Black Panther 1,’ and sitting next to me was our T’Challa, the late great Chadwick Boseman.”

Although Kendrick Lamar and SZA didn’t walk away with the Original Song award for “All The Stars,” the celebrated Marvel film scooped up a gilded trophy in the Production Design, Costume Design and Original Score categories, marking a first in Marvel film history.

Black Panther: Wakanda Forever was initially scheduled to arrive in May but has since received a new release date of November 11.