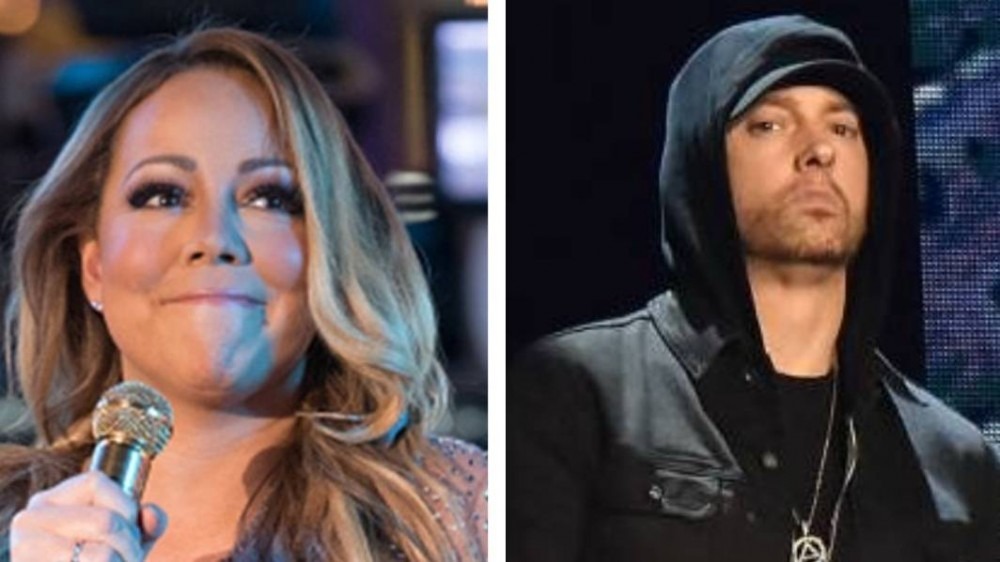 Grammy Award-winning singer Mariah Carey and Eminem have a complicated history. Rumors of a brief romance have haunted Carey for years as she continues to deny there was ever anything sexual between them.

In June 2009, Carey released the song “Obsessed” from Memoirs of an Imperfect Angel, which addressed the chatter surrounding her alleged tryst with Slim Shady. As the title suggests, Carey essentially suggests Eminem was obsessed with her and nothing more.

Roughly six weeks later, Eminem returned with the Dr. Dre-produced diss “The Warning” and laid into Carey for denying their rendezvous. At the same time, he admitted he had an embarrassing interaction with Carey.

“Listen, girly, surely you don’t want me to talk,” he rapped. “About how I nutted early ’cause I ejaculated prematurely/And bust all over your belly and you almost started hurling/And said I was gross, go get a towel, your stomach’s curling/Or maybe you do, but if I’m embarrassin’ me/I’m embarrassin’ you and don’t you dare say it isn’t true.”

On Wednesday (June 16) — the track’s 12th anniversary — Mariah Carey decided to take another swipe at Eminem, this time on TikTok. In the clip, the 51-year-old mother participates in the Wipe It Down challenge and transforms from a seemingly frumpy housewife to the glitzed out diva that is Mariah Carey.

But midway through, Carey wipes the mirror again and turns into an Eminem impersonator, much like the person in the “Obsessed” video. Rocking a thick goatee, heavy five o’clock shadow, bandana, hat and hoodie, Carey ends the clip singing before saying the word, “Bounce.”

As Eminem touched on in “The Warning,” he and Carey allegedly dated for around six months in 2001, something Carey has repeatedly denied over the years.

Carey’s denial was apparently the catalyst that spawned multiple diss tracks from both parties that continue to this day.

In December 2019, Em took aim at Carey and her ex-husband Nick Cannon on the Fat Joe song “Lord Above,” which evolved into multiple diss tracks from the former Wild ‘N Out host, including “The Invitation” and “Pray For Him.”