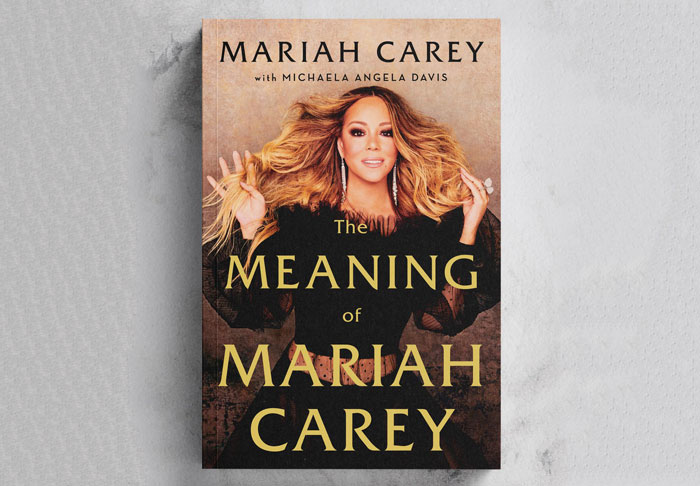 Mariah Carey is getting ready to tell all.

The pop legend has announced that her first memoir, The Meaning of Mariah Carey, will be released on Sept. 29 via Andy Cohen Books. Written in collaboration with writer and activist Michaela Angela Davis, the “unfiltered” book will focus on Carey’s life and career as one of the biggest-selling female acts of all time.

“It took me a lifetime to have the courage and clarity to write my memoir I want to tell the story of the moments–the ups and downs, the triumphs and traumas, the debacles and the dreams, that contributed to the person I am today,” Carey wrote in an open letter on Wednesday.

📖 Delivered! “I have learned that beauty has to flourish in the light” 🦋

She plans to give fans her own account of the stories that have made headlines. “Though there have been countless stories about me throughout my career and very public personal life, it’s been impossible to communicate the complexities and depths of my experience in any single magazine article or a ten-minute television interview,” she wrote. “And even then, my words were filtered through someone else’s lens, largely satisfying someone else’s assignment to define me.”

Carey, who earned her 19th No. 1 on the Hot 100 last year with “All I Want for Christmas is You,” hopes her story will resonate with all. “This book is composed of my memories, my mishaps, my struggles, my survival and my songs. Unfiltered,” she said. “Writing this memoir was incredibly hard, humbling and healing. My sincere hope is that you are moved to a new understanding, not only about me but also about the resilience of the human spirit.”

The Meaning of Mariah Carey is now available for pre-order. An audiobook, produced by Audible, will be available and interwoven with musical components.

This year also marks the 30th anniversary of Carey’s self-titled debut album. Additional “surprises and rarities” will be announced in the coming months.