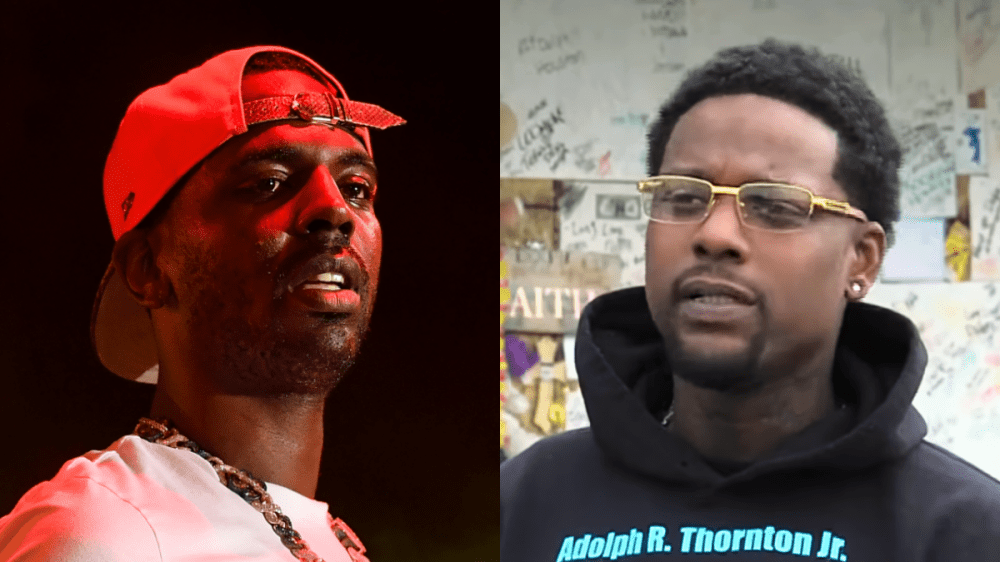 Memphis, TN – The Young Dolph murder saga has taken another tragic turn with the death of Jeremiah Taylor, a Memphis native and Dolph fan who helped maintain the late rapper’s memorial.

According to FOX13 Memphis, Taylor was shot and killed in Memphis last week. His body was found near Getwell Road, one of the city’s main highways, on Friday morning (February 25).

Memphis Police is currently investigating the shooting and still looking for suspects. A friend of Jeremiah Taylor’s says he and the family are finding out more information as time goes on. A motive for the killing remains unclear.

Friends of Jeremiah Taylor are distraught after hearing of his death Friday morning, off of Getwell Road. https://t.co/dCZxEvIV9U

Jeremiah Taylor was one of the local residents responsible for looking after Young Dolph’s memorial, located at Makeda’s Homemade Cookies, where the beloved Paper Route Empire CEO was gunned down in November 2021.

Taylor visited the site daily and helped tidy, organize and add to the memorial, which features an array of posters, photos, flowers, soft toys and other items from grieving fans. Taylor even made one of the posters himself.

“Jeremiah was a great person and he was so on point,” Frank Gottie, a friend and popular local community activist, said. “He was helpful. He would try to help anybody.”

Jeremiah Taylor actually appeared in an ABC24 news report on Young Dolph’s memorial in January, in which he spoke about the impact of Dolph’s death and his commitment to the upkeep of the memorial.

“He was a legend, he was a king, so he still deserves to be treated as such,” Taylor said. “It started off as me trying to get myself out of a rut. [Dolph’s death] really put me in a bad situation, mentally. And so for my mental health, I was like, ‘Alright, let me get to doing something positive.’”

“I want people around the world to know we care about Dolph, we not just gon’ have his stuff looking any type of way,” he added. “The love he had, a lot of people are now realizing and seeing that’s the person he always was — taking care of his community and being a philanthropist and promoting financial independence and the morals that he taught.”

Fans don’t have much longer to pay their respects at Young Dolph’s shrine, though. According to FOX13 Memphis, Lloyd White, the owner of the property where the memorial is located, plans on cleaning it up by March 12. White did not provide an explanation as to why he intends on removing the memorial, though.

A third suspect, Shundale Barnett, has been charged with being an accessory to the murder. However, Barnett is currently missing after being released from custody on January 21, just 10 days after his arrest.

Last week, Memphis Police identified two new “persons of interest” in Dolph’s murder: Devin Burns and Joshua Taylor, both 26. A $2,000 reward has been promised for each of their arrests.