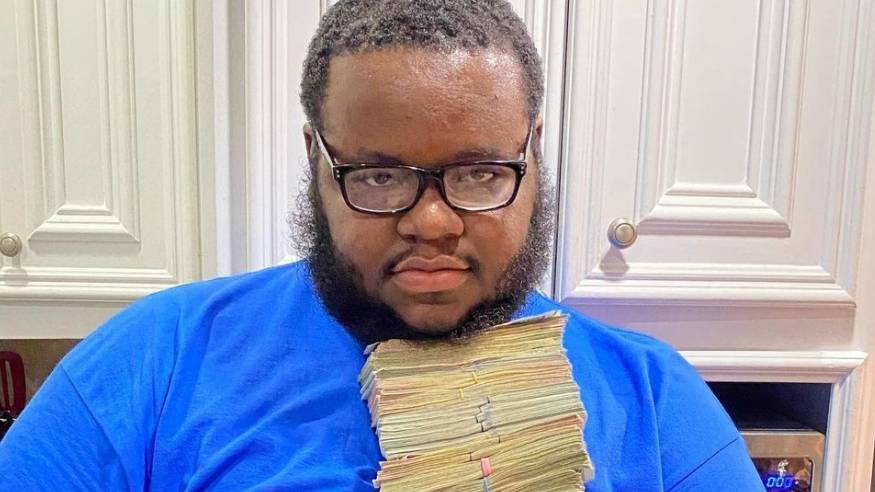 In a screenshot posted by SayCheeseTV, the person attempting to finesse Packman out of $500 says, “Hey it’s the voice of the streets here, MAN WHAT!? man my account got hacked gang. Shorty I need ta borrow 500 till the first, gotta provide for the streets. stay dangerous foenem. SMURK.”

Bfb Da Packman allegedly replies, “Been rocking with you since you had dreads the first time smurk real n-ggas happy you came up like this. Send yo CashApp name gang.”

Unfortunately for Lil Durk and Bfb Da Packman’s fans, the exchange ends there. But that didn’t stop people from howling at Packman’s ineptitude at recognizing a fake account or the way the would-be hustler was speaking to him.

After all, “MAN WHAT” has become somewhat of a signature adlib for Durk who occasionally throws it around in his songs and people were quick to point out just how funny that was all over Twitter.

“MAN WHAT” starts trending after scammer tried to get over on BFB Da Packman acting as Lil Durk 😂 pic.twitter.com/KFq2Wm2S1Q

Bfb Da Packman took notice of the “MAN WHAT” trend on Tuesday (August 10), writing on Instagram, “Dawg @xxl said ‘Man What’ is trending. I’m dead @lildurk let me buy a feature bro we got to come video and feature after this shit.”

On the music side, Bfb Da Packman dropped his latest project, Fat N-ggas Need Love Too, in June. He followed up with a video for the song “Ocean Prime” featuring Coi Leray. The 18-track project clocks in at roughly 50 minutes boasts additional features from Wiz Khalifa, Sada Baby, Benny The Butcher, Lil Yachty, DDG and more.

Meanwhile, Lil Durk released The Voice of the Heroes with Lil Baby earlier this year. Since the death of his older brother DThang, the 28-year-old rapper has since vowed to stop rhyming about the dead.