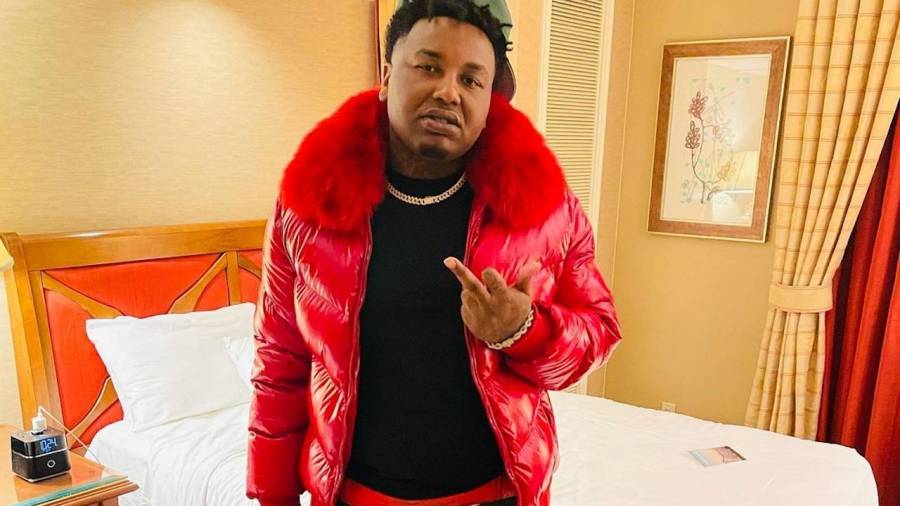 Mobile, AL – One of the suspects in the February murder of HoneyKomb Brazy’s grandparents was also arrested on drug charges earlier this year. According to WKRG, Darrin Southall agreed to a plea deal which will likely have him behind bars for about 30 to 35 years.

Prosecutors have reason to believe that Southall was a kingpin behind a $24 million multi-state drug empire, since at least 2016. The Alabama native has a criminal record that dates back to the 1990s.

Darrin Southall, the leader of a $24 million drug operation in Mobile, is off the streets in a plea deal that could put him away for decades. (via @Nicolette_News) https://t.co/RNJsHLQ0dh

“So having him take a plea with significant jail time associated with that plea means a lot to this community as a whole for someone like him not to be able to be back on the streets,” Mobile’s Public Safety Director Lawrence Battiste said.

“When you’ve got two major interstates, we are a major connect from where drugs are being transported from primarily. Oftentimes, many of those drugs find those ways into our communities simply because we are a major thoroughfare for those drugs to make their way to other places.”

HoneyKomb Brazy landed back in prison after having his bond revoked when a judge viewed 15 clips of Brazy with guns or drugs, which is a direct violation of his probation. He’s been ordered to serve the rest of his 15-year sentence after serving just 18 months and being released in November 2020.

The 26-year-old’s grandparents were both found dead on February 17 by emergency responders after their Happy Hill community home was engulfed in flames. Witnesses allege they heard gunshots coming from the house as well.

HoneyKomb Brazy later hinted that his actions may have resulted in his grandparents being targeted in an Instagram post. Southall was also named a person of interest in the double-murder but police are yet to make an arrest in the case.

“I wish the Judge had denied the State’s motion to revoke [HoneyKomb Brazy’s] probation,” defense attorney Jeff Deen said. “His creativity influences and inspires others in his social circle. However, I can understand the judge’s opinion. He conducted a 2 1/2 hour hearing and then took three weeks to review the evidence presented which included a plethora of videos.

“Even if the guns, dope and alcohol weren’t real in the videos, I can see why the judge could conclude that HoneyKomb’s the depiction of drugs, guns, alcohol and misogyny would not be conduct becoming of a probationer.”