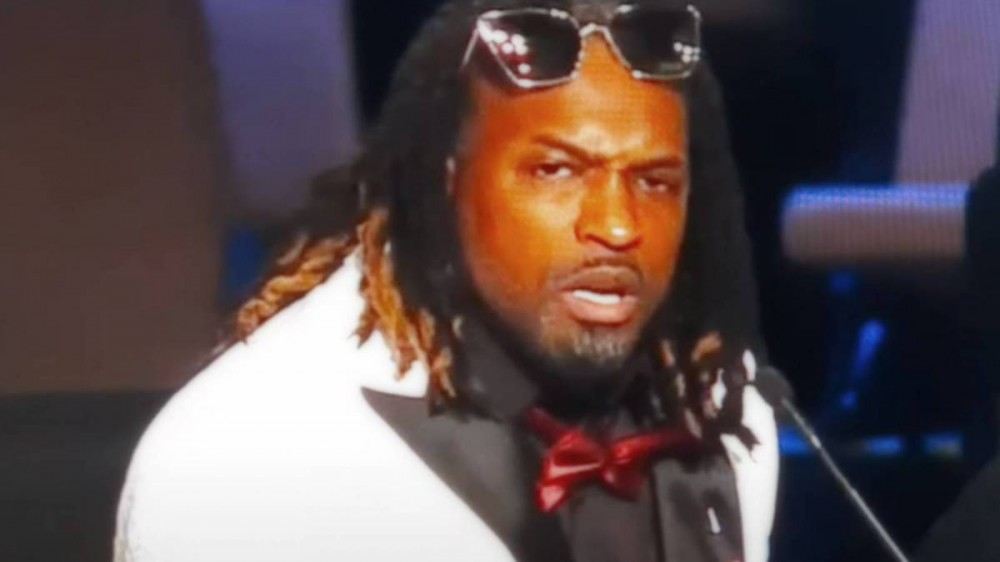 Brooklyn, NY – DMX was laid to rest during a private funeral at Brooklyn’s Christian Cultural Center on Sunday (April 25), the second event in a two-day celebration of life for the Ruff Ryders legend. Members of the Simmons family and several of DMX’s friends were allowed to say a few words as part of the program. But one particular guest, who apparently goes by the name “Jungle,” decided he didn’t need an invitation to speak and went up to the podium anyway.

Bogarting the microphone, Jungle claimed he’d been a friend of DMX for over 20 years and was intent on getting his message across. He also took credit for helping DMX finish what became his final album.

“This album would have not happened if we did not suffer through the pandemic and take Earl Simmons out of his house, drive an RV down south and complete this album, I’ve been his friend for 2o years,” he said in the clip. “I’m not an industry dude and we got similar stories. Just like him with his grandmother, I have a grandmother who raised me and I love my grandmother. I have a dog. We have similar stories. We were both in institutions when we were young.”

He then goes into a random anecdote about stealing a pocketbook when he was 9 years old, which earned him a place at a group home in DMX’s hometown of Yonkers, New York.

Pastor AR Bernard, who led DMX’s private funeral service, was forced to cut Jungle off midway through his eulogy.

“Here’s what I’m going to do, brother,” Bernard is heard saying off camera. “Brother, my brother. Over here. First of all, there’s order, there’s respect. You violated order, you violated respected. You’ve disrespected my house.”

But Bernard was undeterred and added, “Regardless of how good you think what you got to say is, you disrespected my house. God bless you, my brother. We’re good. We’re good.”

“I dont give a fuck if you were @dmx best friend since pre school, you don’t speak out at a man’s funeral if you were not expressly asked to,” Markoff wrote in the caption. “Great work on behalf of the pastor for teaching you a lesson about respect and order. And by the way, the X album wasn’t completed ‘down south.’ That shit was done right here in our LA backyard at the house that Dogg built.

“X would have loved to have a track with @nipseyhussle but I don’t think that came to fruition while he was here. This has left a bad taste in my mouth all day. Play your fucking part!”

A post shared by M80 The A&R Extraordinaire (@almightym80)