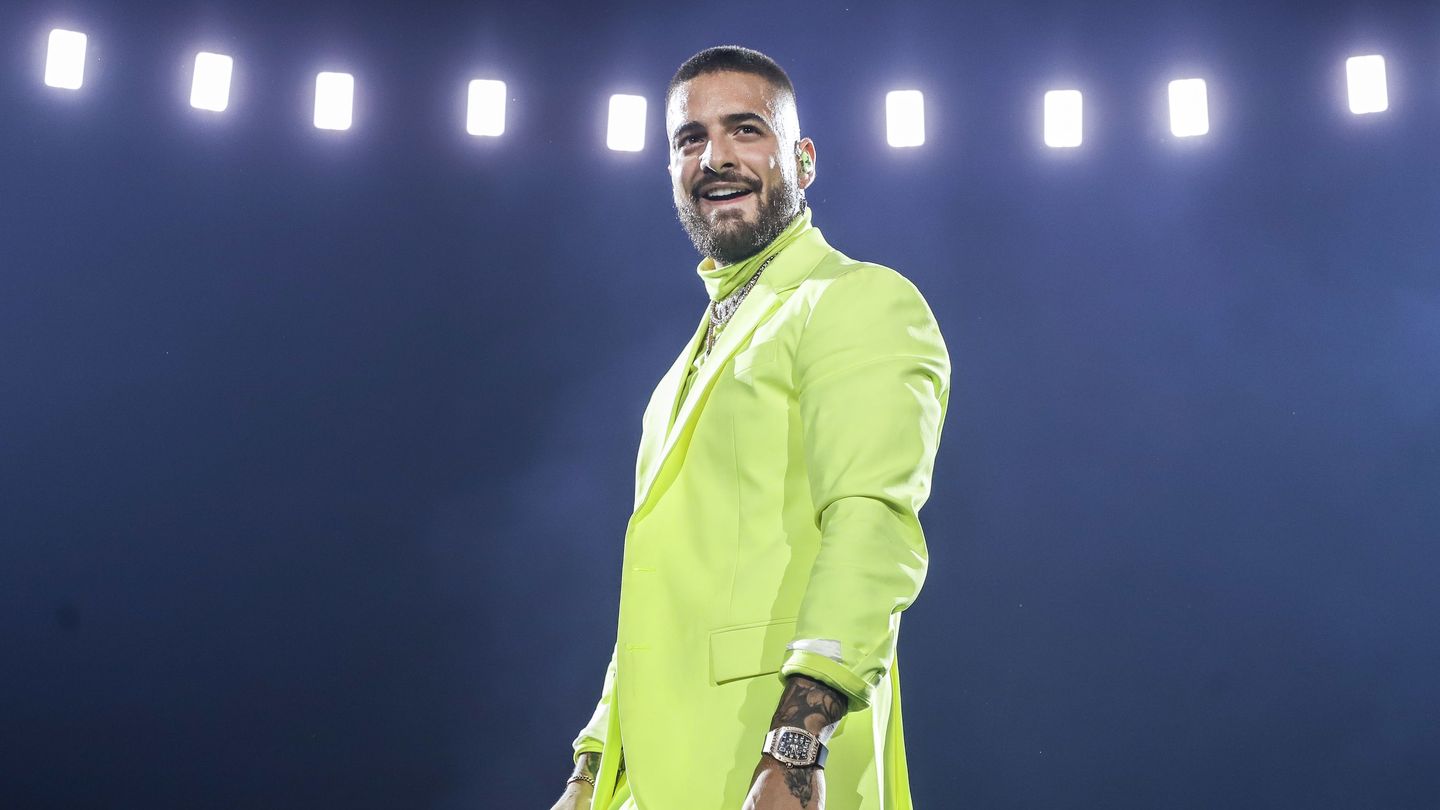 Surprise! Maluma’s got a brand-new album, and at 22 tracks long, it’s an all-you-can-hear buffet, courtesy of Papi Juancho. The new LP takes its title from Maluma’s Colombian nickname, a figure that also serves as his alter ego. And musically, Papi Juancho runs the gamut from silken Latin trap&B to bustling reggaeton and chiming escapist jaunts to Hawaii, Madrid, and more.

Papi Juancho‘s long journey features plenty of guests along for the ride, leaning heavy on artists that have inspired him throughout his career. The list includes Zion, Randy, Yandel, Lenny Tavarez, Justin Quiles, Myke Towers, Ñengo Flow, Jory Boy, Ñejo & Dálmata, and Darell. But this is still Maluma’s show, and his charismatic croon carries carries breezy cuts like “Perdón” as well as raunchier, trill-heavy romps like “Booty.”

The drop of Papi Juancho was a surprise, prompting fans to celebrate on social media. It also came with a highly stylized new visual for “Parce” that finds Maluma, swallowed inside a motorcycle jacket and bathed in pastel light inside a nightclub. The entire scene is a neon dream, including one sequence that finds our hero completely ensconced in nighttime neon lights.

Listen to Papi Juancho below, and watch Maluma celebrate the drop above.

The 2020 VMAs will air live at 8 p.m. ET/PT on Sunday, August 30 across MTV’s linear and digital platforms, as well as with several outdoor performances around New York City. Find everything you need to know at vma.mtv.com.