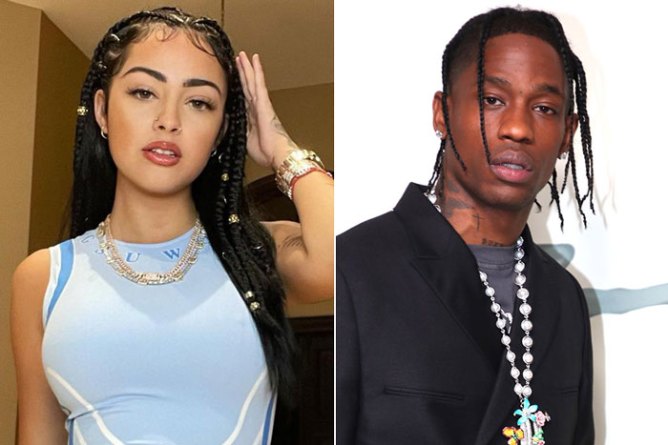 The partnership between Travis Scott and Malu Trevejo goes left over a contract dispute. The singer/social media star took to Instagram Tuesday asking Scott to release her from Cactus Jack Records, while threatening to “expose” him if she isn’t allowed to exit her contract.

“I wouldn’t lie about getting signed to anybody. Things just changed and that’s ok Bc tha means something bigger is waiting for me” she said.

“I don’t gotta lie ask the man himself. How many times he said he believed in me and he wanted to help me. Stop spreading lies”.

Trevejo revealed she was parting ways with the label in November after signing on back in October, but had only good things to say about Travis at the time.

“I had a 2 hour conversation with him crying and hugging him he knows and he knows I ain’t lied about anything. At the end of the day what he told me a lot of times make me more confident with myself and I appreciate the time I spent with him made me realize a lot. It was good until it last. Still mad love for u” she added.

Malu released one single through Cactus Jack and Atlantic Records titled “Complicado,” which has over five-million views on YouTube.