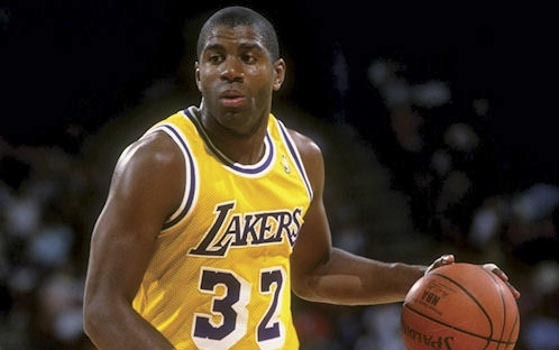 Basketball fans, more specifically Laker fans who remember the team’s championship run in the ’80s, should be excited for the upcoming Showtime Lakers series coming to HBO Max next year. Among those who aren’t excited about it is Magic Johnson.

“I’m not looking forward to it. I’m going to leave it at that,” Magic told TMZ Sports.

Magic explained that he’s not excited about the series because he’s working on his own project.

“No, we got different shows coming out,” Magic said. “I got one, then you got Jeanie Buss got one on Showtime coming out. Those are the ones I’m looking forward to.”

The series, Winning Time: The Rise Of The Lakers Dynasty, drops in March 2022 and stars John C. Riley as Jerry Buss, Quincy Isaiah as Magic Johnson, and Solomon Hughes as Kareem Abdul Jabbar. The series will focus on different players’ personal and professional lives and the team through their five championship runs through the 1980s.