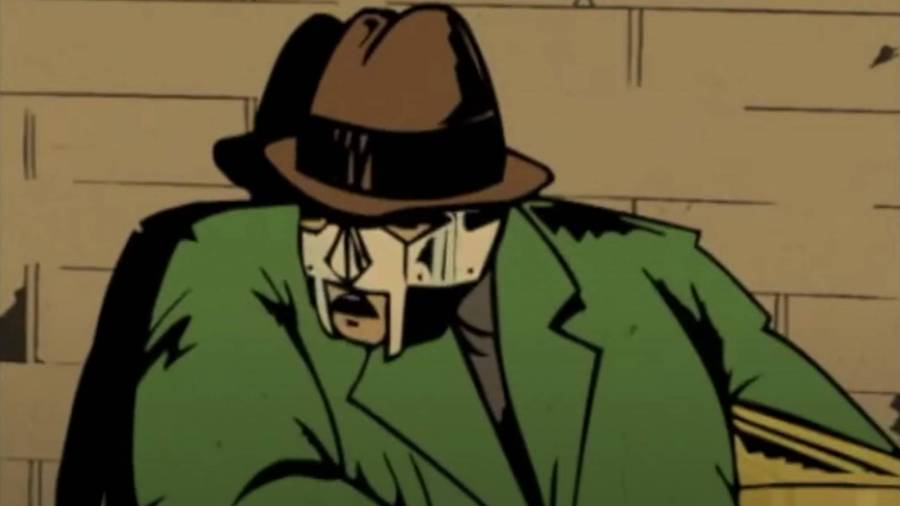 It’s been roughly six weeks since the Hip Hop community was blindsided by the news of MF DOOM’s untimely passing. To honor the late legend, Stones Throw Records has shared a restored version of Madlib and DOOM’s hand-drawn animated video for “All Caps,” which arrived in 2004 on the Madvillainy album under the Madvillain moniker.

In an Instagram post uploaded on Wednesday (February 10), Stones Throw explained why they were unable to deliver the highest quality video possible at the time, explaining YouTube didn’t even exist yet.

“‘All Caps’ was hand-drawn, and it came out in the caveman days when there was no Youtube,” the caption reads. “When Youtube finally did start up the video size was archaic compared to what we’re used to today. Years later we’ve finally uploaded a better looking version of the Madvillain video – tap the link in bio for a look at that, and an interview with director/animator James Reitano @tfustudios on how the video came to be made. The beat is so butter – @madlib Peep the slow cutter – @mfdoom.”

News of DOOM’s death arrived on December 31, 2020 — a full two months after his wife Jasmine says he actually died.

“The greatest husband, father, teacher, student, business partner, lover and friend I could ever ask for,” she wrote in an Instagram post at the time. “Thank you for all the things you have shown, taught and given to me, our children and our family. Thank you for teaching me how to forgive beings and give another chance, not to be so quick to judge and write off.”

Since the elusive MC’s death, Stones Throw has been scrambling to keep up with orders for vinyl, posters, tees and other DOOM-related merch. Label head Peanut Butter Wolf has also had to address demands for Madvillain 2, which was allegedly 85 percent done at the time of DOOM’s passing.

During an episode of Cipha Sounds and Peter Rosenberg’s Juan Ep Is Dead podcast, PBW touched on the album’s nearly-mythical existence.

“Madvillain 2, DOOM was always telling me, ‘Oh, I’m 85 percent done’ — that was always the magic number, and I was like, ‘This is cool,’” he said. “He basically sent us 11 tracks in 2009 and I was ready to try to just finish it up at that point, and it was always like, just wait for a few more songs, wait for a few more songs’ … I got a little frustrated, and I was just like, ‘Well, it’s gonna happen when it happens. I don’t wanna be the guy to force creativity or any of that.’”

Contrary to popular belief, Stones Throw can’t just release it whenever they feel like it. But that hasn’t stopped DOOM’s streams from exploding. In the wake of his passing, his streams reportedly grew by 870 percent.

Watch the newly restored “No Caps” video below and find more information here.