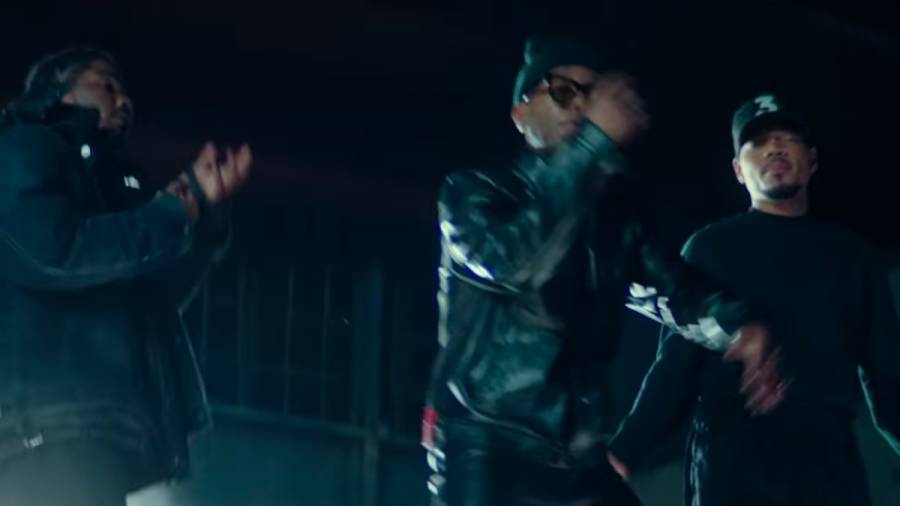 MadeInTYO brought back nostalgia with the title of his Chance The Rapper and Smino-assisted single “BET Uncut,” but he kept things slightly more PG for the visual than the heyday of those late-night videos in the early aughts.

Directed by TYO’s older brother David “FilthyMcDave” Hightower, the video does feature some elements of BET Uncut’s staples with a blacklight, a few dancing women and even fake snow. The track will live on TYO’s forthcoming sophomore effort Never Forgotten, which he also announced would release on October 30.

New Music 🚨🛹🙏 BET UNCUT @chancetherapper x @smino 🛹🙏 special news in the next 24 hrs ❤️❤️❤️❤️ thank you @kswisha for another hit ❤️🛹 thanks @toroymoi for putting your touch on the album . thank you @24hrs & @privateclubrecords !!! Let’s go up !

In addition to Chance and Smino, the 18-track effort will also feature Ty Dolla $ign, Cam’ron, Wiz Khalifa, TYO’s other older brother 24Hrs and more. The album comes nearly two years from the day since the release of the Private Club Records artist’s debut Sincerely, Tokyo in October 2018. The project debuted at No. 98 on the Billboard 200 and featured appearances from Gunna, A$AP Ferg, Blood Orange, Tinashe and Roy Woods, as well as big bro 24.

Watch the “BET Uncut” video up top and check out Never Forgotten‘s tracklist below.

My album “Never Forgotten” will be dropping October 30th. New single with Chance and Smino out now, video link in bio – drop a 🚀 if you ready for the album