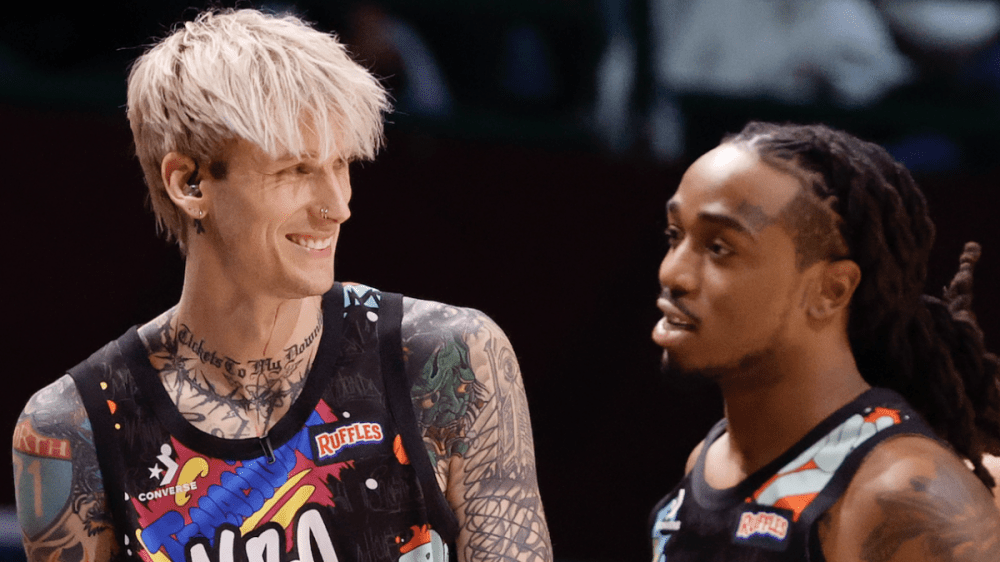 Along with Quavo, Machine Gun Kelly is joining the 2K Sports family. 2K announced on Wednesday (February 23) the brand would be partnering with MGK to have him curate and executive produce the WWE 2K22 soundtrack.

The video game is set to arrive on March 11 and the Ohio native will also be available as a playable character to somewhat fulfill his childhood wrestling dreams. As far as when gamers will be able to have MGK enter the ring, that isn’t decided just yet and will be available as a downloadable content pack at a later date.

The soundtrack will include a pair of Machine Gun Kelly tracks including Tickets to My Downfall‘s “Concert for Aliens” and the YUNGBLUD-assisted “Body Bag.” He also hand-picked Wu-Tang Clan classic “Protect Ya Neck” in addition to The Weeknd’s “Heartless,” KennyHoopla’s “Hollywood Sucks” and many more.

“Machine Gun Kelly has been an integral part of the WWE family for more than a decade including performances at WrestleMania and Tribute to the Troops, soundtracking our premium live events with his music, and making frequent storyline appearances on WWE programming over the years,” said WWE Music Group SVP Neil Lawi.

“He has curated a unique soundtrack for WWE 2K22 that includes not only his own music but a diverse array of artists from The Weeknd to KennyHoopla. The 12-track soundtrack is the perfect complement to this edition’s enhanced gameplay.”

He will be available in a post-launch Downloadable Content Pack!#WWE2K22 pic.twitter.com/A4Idt0THFc

MGK and Quavo once collaborated on 2017’s “Trap Paris” and they were teammates once again on the hardwood at the 2022 NBA All-Star Celebrity Game in Cleveland last week. As a talented hooper himself, Huncho also joined the 2K Sports family last week and is now a playable character in NBA 2K22.