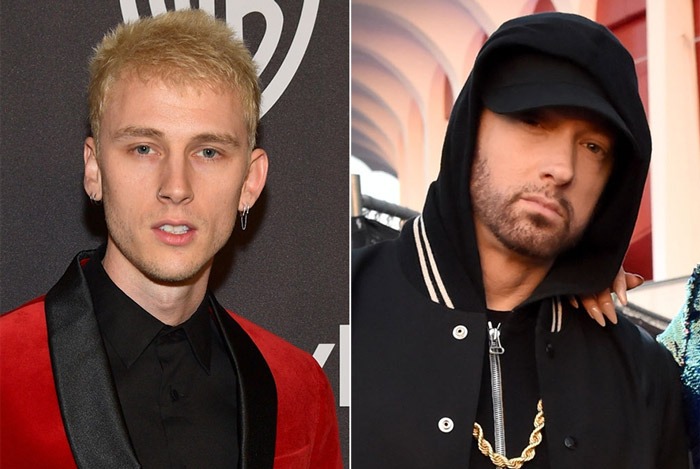 Machine Gun Kelly is back for more.

The Cleveland rapper took to Twitter to take another shot at Eminem. In a since-deleted tweet, MGK insinuated that Em is desperate for relevancy after the Detroit rapper participated in the viral Dolly Parton Challenge, posting four profile photos for LinkedIn, Facebook, Instagram, and Tinder (or Grindr in Em’s case).

Did I do this right? pic.twitter.com/ZkoV5T4yxB

After seeing the meme, MGK called out his 47-year-old rival. “50 year old artists tryna be relevant to the youth by posting trending meme’s is something i never thought i’d see #2020,” he wrote.

Eminem previously declared that their long-running beef was over on “Unaccommodating” off his new album Music To Be Murdered By. “But when they ask me is the war finished with MGK? Of course it is,” raps Slim Shady. “I cleansed him of his mortal sins, I’m God and the Lord forgives, even the devil worshippers / I’m moving on.”

MGK was not impressed, slamming Eminem and his album. “mad af I just stepped out a loud room to hear this bullshit,” he tweeted. “he’s been rich and mad for 20 years straight.”