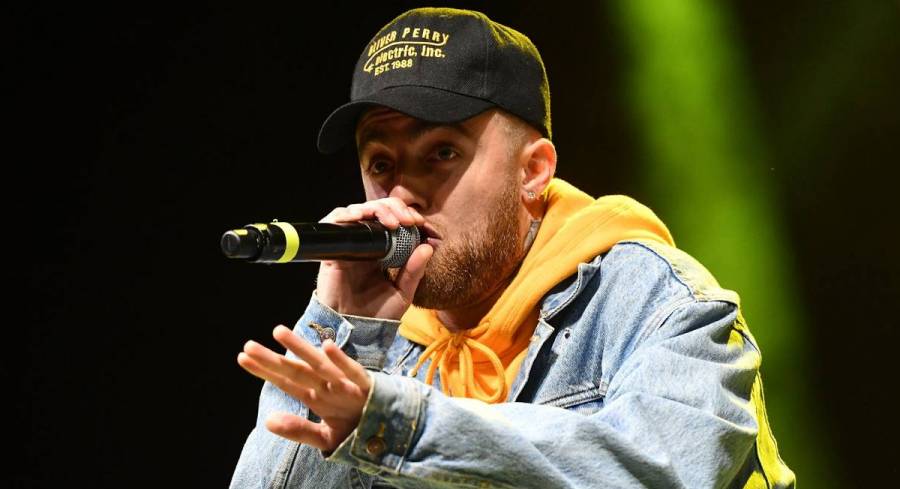 Top Dawg Entertainment’s REASON has found himself at the center of another controversy after name-dropped Mac Miller on his New Beginnings debut album. The TDE rapper ruffled the feathers of Mac Miller fans when he referenced his accidental drug overdose in September of 2018 on “Fall.”

“Look, you said you wanna be an artist/Well, we gon’ turn you to an addict/Get rid of the n*ggas that you got on with/Then give you the tools to dig your own shit/Surround you with some wack n*ggas/Some yes men that’s gon’ tell you that your raps iller/A couple cars, some jewelry, make your stacks bigger/Then one day you could become the next Mac Miller/Here’s your chance, n*gga, sign here,” REASON raps.

Mac fans took to Twitter to express their frustration with REASON’s jab.

“Reason dropped a great cautionary tale about yes men hurting people,” one fan pointed out. “The point would’ve been well received w/out mentioning Mac Miller Now that people’s attention is on ‘defending Mac,’  the yes men lesson will get lost in the dialogue Tact is crucial, he didn’t use enough of it.”

Now that people's attention is on "defending Mac", the yes men lesson will get lost in the dialogue

Tact is crucial, he didn't use enough of it

Another wrote, “Reason could’ve said all that without disrespecting Mac Miller.”

Reason could’ve said all that without disrespecting Mac Miller

The Mac Miller outrage comes on the heels of REASON sniping the newly-retired Logic on “The Soul – Pt. 2.” Logic dismissed REASON and the knock altogether.

“Did REASON diss you on his new song?” Logic said during a Twitch stream, reading the screen. “I don’t know who that is.”

Check out more of the fan reactions defending Mac Miller below.

REASON unnecessarily dropping wack bars naming Logic, Mac Miller etc. is why he’s not respected as much as his music should.

After analyzing the Mac Miller line in Fall by Reason it actually has some disrespectful implications.

Saying “we gon turn you to an addict” and then saying “then one day you could become the next Mac Miller” is wild.

He could’ve said something else…

Reasons music could be dope but he unnecessarily name drops artists that don’t deserve it simply for some extra clout..

F^ck Reason for name dropping Mac Miller in a verse like this ,I know what he’s trying to say but this ??!

He’s got a good point. But keep Mac Miller out of your mouth. No reason in saying it. Kinda disrespectful in my opinion https://t.co/W3b36IcUVn

Reason to have name drop mac miller like that is uncalled for. I love the album but some things are not meant to be said.

Reason is just another reason that he's literally the least talented member of TDE, he literally mentioned Mac Miller for no good "reason" cause he lacks the "logic" and the bars to add anything of substance cause he's that ass of a rapper and only feeds off of hate https://t.co/ebphyHo417