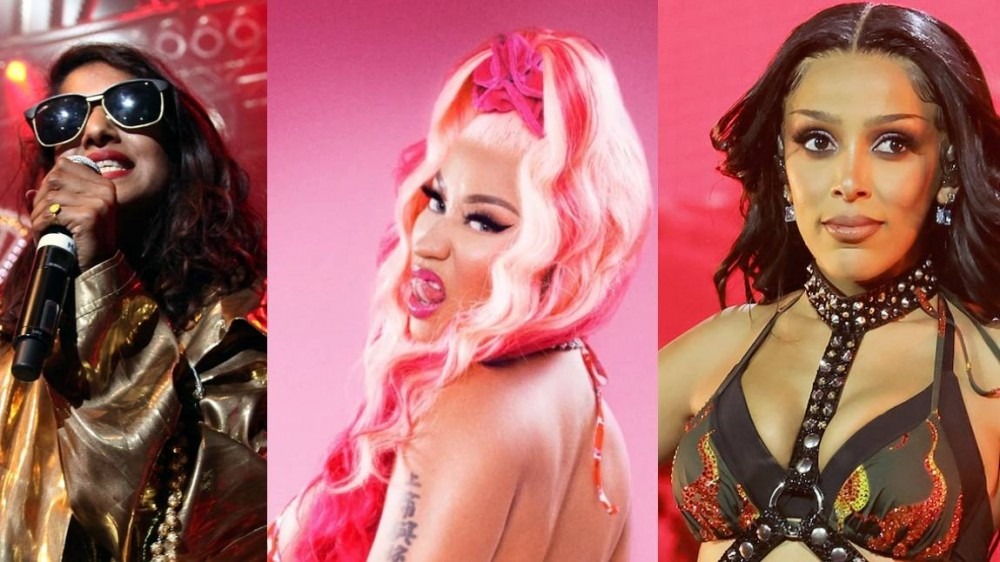 M.I.A. has threatened to leak her collaborations with Nicki Minaj and Doja Cat, which are presumably included on her forthcoming MATA album. The Sri Lankan artist headed to her Instagram Stories on Tuesday (August 30) and let her one million followers know why there’s been such a long delay for the follow-up to 2016’s AIM.

“Coming soon I promise,” she wrote. “I had to wait two years for a Doja Cat verse… Then a Nicki one… Then a… Nevermind. If MATA isn’t out [in] September I will leak it myself.”

MATA will mark M.I.A.’s first release with Island Records following her bumpy relationship with her previous label, Interscope Records/XL Recordings. She’s released two singles from the project — “One” and “Popular” — but has yet to confirm an official release date.

As for M.I.A.’s history with Interscope, her issues with the imprint stretch back over a decade. In January 2013, they delayed her Mantangi album for being “too positive,” so M.I.A. threatened to leak it herself. It was finally released eight months later.

M.I.A. didn’t provide any more details involving the Nicki and Doja Cat records, but the two rap stars have been busy. On Sunday (August 28), Nicki co-hosted the 2022 MTV Video Music Awards, where she received the Michael Jackson Video Vanguard Award and performed a medley of career-spanning hits.

Meanwhile, Doja Cat dropped a video in June for  “Vegas,” the first single from the Elvis Original Motion Picture Soundtrack. Other than that, she’s been getting online attention for her spat with Stranger Things actor Noah Schnapp and shaving her head (and eyebrows).