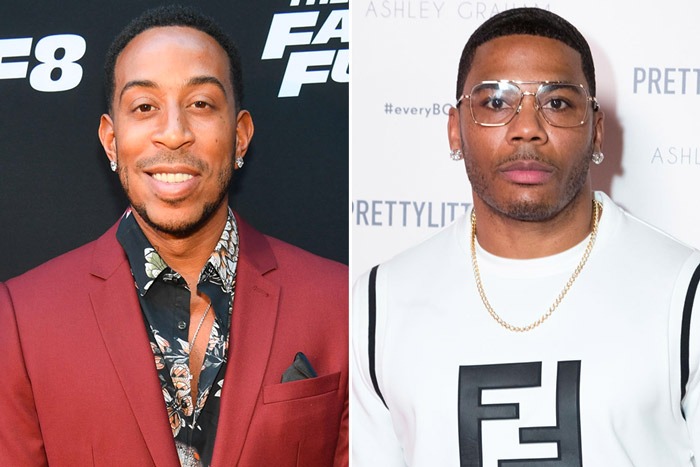 Not even a storm could stop Ludacris and Nelly from facing off during their epic Verzuz battle on Instagram Live on Saturday night.

The rap titans were set to go live at 7 p.m., but Nelly’s Wi-Fi signal kept dipping in and out, causing delays and technical issues.

But once they got up and running, the Atlanta rapper and St. Louis MC entertained fans with a nostalgic three-hour livestream filled with over 20 of their biggest hits—from “Area Codes” and “Dilemma” to “Stand Up” and “Hot in Herre.”

With nearly half-a-million viewers locked in, including Diddy, Usher, and Quincy Jones, Ludacris debuted never-before-heard music including a version of his Neptunes-produced hit “Money Maker” featuring Nelly. The St. Lunatic can be heard singing the hook in place of Pharrell: “Shake your money maker / Like somebody ’bout to pay ya / I see you on my radar / Don’t you act like you afraid of shit.”

It’s unclear why the Nelly version was never released, but it would have been their only collaboration. “Money Maker,” which appears on Ludacris’s fifth album Release Therapy, hit No. 1 on the Billboard Hot 100 in October 2006.

Luda also debuted a pair of new tracks produced by Timbaland, including a collaboration with Lil Wayne called “Silence of the Lamb” and another featuring Chance the Rapper. He said that he and Timbaland have at least 12 more songs in the can waiting to be released.

The Verzuz co-stars also teased a joint tour, while showering praise upon one another. “Your longevity is legendary,” Nelly told Ludacris. “There are no other Nellys in the world,” responded Luda.

Swizz Beatz and Timbaland have yet to announce the next matchup in their popular series, but Snoop Dogg, Busta Rhymes, LL Cool J, and Ice Cube are among the names being thrown around.