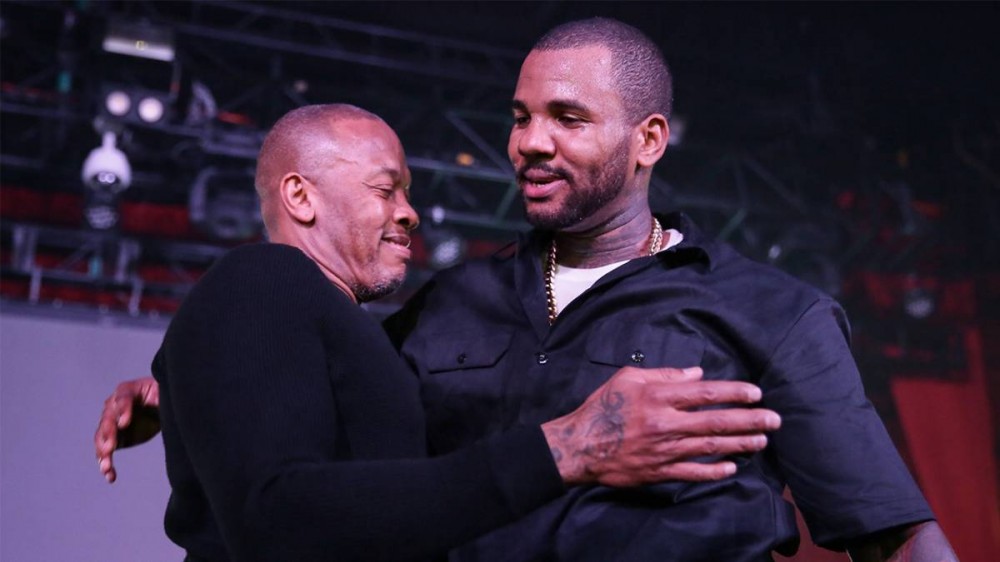 The Game interview with REVOLT’s Drink Champs podcast hasn’t even been released yet and it’s already stirring the pot. On Monday (February 28), Drink Champs shared a teaser of the conversation to its Instagram account and at one point in the clip, the Compton-bred rapper claimed Kanye West did more for him in two weeks than Dr. Dre did for his entire career.

Longtime Dre collaborator and seasoned producer Focus…apparently can’t wrap his head around why Game would say something like that. After all, Game got his start with Aftermath Entertainment in 2003 and delivered a double-platinum album called The Documentary right out the gate (which included contributions from Kanye).

Hopping in the comment section of a Diverse Mentality Instagram post, Focus… wrote, “Really???,” clearly baffled by the revelation. When someone commented, “And this is why he wasn’t at the super bowl,” Focus…replied, “EXACTLY! Cant depend on an unstable cat for something as epic as that.”

Dr. Dre and The Game’s relationship was catapulted into the spotlight last week after people mistakenly thought Wack 100 said Game told Dre to “suck his dick” just “18 hours ago,” when he really said, “18 albums ago.”

Wack 100 later clarified his statements on HipHopDX‘s Instagram post, writing in all caps, “I NEVER SAID THIS I NEVER SAID HE SAID THIS ABOUT THE SUPER BOWL — STOP TWISTING SHIT – SAY WHAT REAL MISS US WITH THE FAKE SHIT. I ADDRESSED AN OLD SONG OF 10 YEARS – NOBODY NEVER SAID THE GAME MADE THIS.”

Game also came through with a statement of his own and denied ever having a conversation with JAY-Z prior to Super Bowl LVI.

“I control my own narrative,” he wrote in an Instagram post. “Do not be fooled by the internet, blogs, podcasts or anyone speaking on my name that is not me. My life & new album are both amazing & I’m in a great space creatively & artistically. I’m in Miami to help Ye’ finish Donda 2 & support my friend in one of the most pivotal times of his life/career.”

He continued, “Leave me & my name out of any NEGATIVE conversations unless I have given you a REAL reason to include me !!! Hov’ continues to break down doors for the culture & I am in full support of anything & anyone who is on the help side of urban greatness.”

The full Drink Champs interview with The Game is scheduled to arrive via REVOLT on Thursday (March 3), while it be published on YouTube Saturday (March 5).