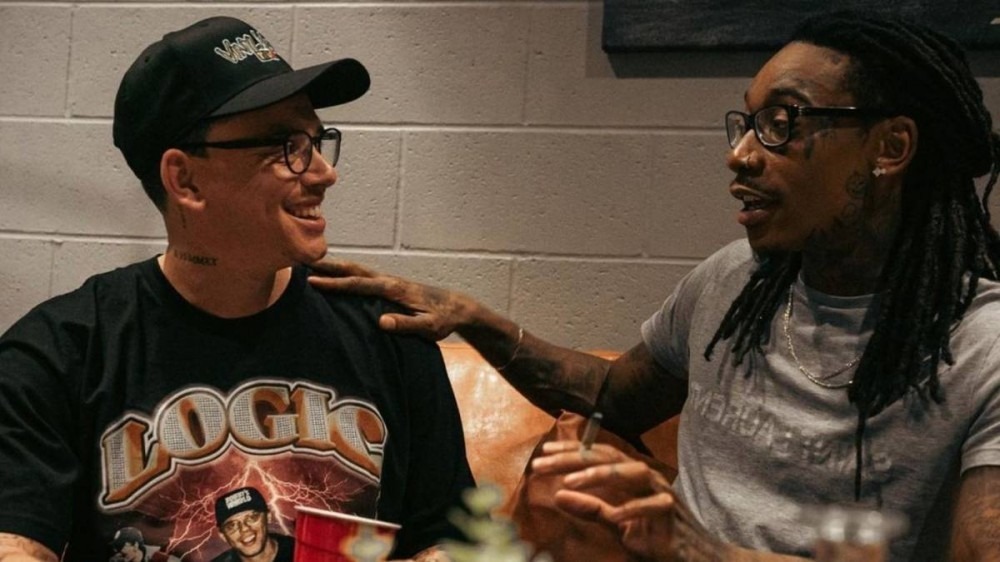 Logic has added some new ink to his ever growing collection of tattoos while paying tribute to Wiz Khalifa in the process.

On Thursday night (September 2), the two rappers wrapped up their joint Vinyl Verse Summer Tour in St. Louis, Missouri, after a long trek across North America that started back in July. Other artists on the tour included 24kGoldn, DJ Drama, Fedd The God and C Dot Castro.

To mark the end of the tour and pay tribute to his co-headlining star, Logic surprised Wiz by getting a tattoo of the Pittsburgh rapper’s Taylor Gang logo on the inside of his arm.

“For me, this tattoo is bigger than just like, ‘Oh, I like Wiz Khalifa,’” Logic explained in a video of him getting the ink done. “This is like a thank you, showing reverence, respect and love to the man who changed my perception of what is possible — and he got that big dick.”

The clip then cuts to Logic going into Wiz’s dressing room and unveiling the new ink. A shocked Wiz opens his mouth and gasps in disbelief as the pair hug it out.

Wiz replied: “That’s a fucking riddle right there … That’s like the ultimate love.”

Wiz and Logic’s Vinyl Verse Summer Tour has been full of action since kicking off in July. At their show in Indiana last week, they were forced to end their show early after false reports of gunfire incited mass panic.

The incident occurred at the Ruoff Music Center in Noblesville, where unconfirmed reports of gunfire caused concertgoers to flee the venue in droves.

A statement from the Hamilton County Sherrif’s Office noted that “a disturbance” had been reported from the outdoor venue’s lawn area, but that “police staff deployed multiple quick response teams and swept the area. No weapons were found.”

Elsewhere during the tour, Logic brought a fan out on stage in New Jersey after it had been brought to his attention that he had been bullied during the set. The 19-year-old fan, who was in a wheelchair, came out and explained to Logic where in the crowd they were originally seated.

“Hey, fuck y’all over there who was fucking with him,” Logic said. “So this is what we gonna do right now. You’re gonna kick it up here for the last song, and after this song plays you get every single piece of merchandise for free tonight and we gon turn the motherfuck up.”

Logic also debuted a brand new track on tour inspired by 2Pac‘s classic debut movie Juice — and he even name-drops the legendary MC in the lyrics.