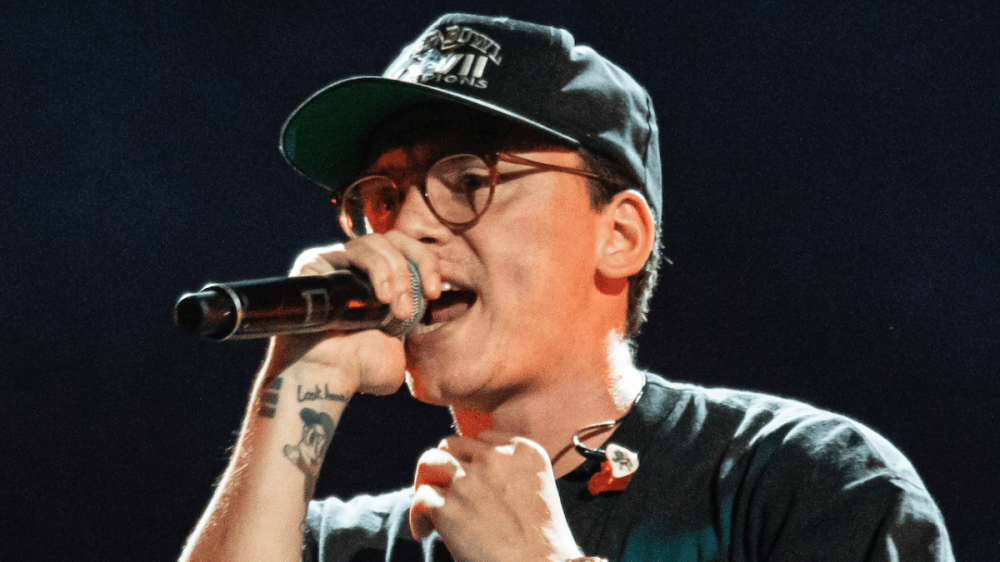 Logic has always had a deep love for his fans, and at a recent show in New Jersey he showed some love to one fan in particular who was being bullied during his set.

“Earlier today in the show, there was a gentleman who was in the crowd and he couldn’t see,” Logic told the audience. “Muthafucka’s were all around him, fucking with him. So we did our best to bring him on stage and give him the best fucking view in the house.”

The 19-year-old fan, who was in a wheelchair, came out on stage and pointed out to Logic where in the crowd they were originally seated.

“Hey, fuck y’all over there who was fucking with him,” Logic said. “So this is what we gonna do right now. You’re gonna kick it up here for the last song, and after this song plays you get every single piece of merchandise for free tonight and we gon turn the motherfuck up.” Logic then closed out with his 2018 track “Everyday.”

This kid came all the way from Dubai to see me but drunk people were messing with him… so I gave him the best view in the house pic.twitter.com/fvjgXS2Cfy

This is far from the first time Logic has given his fans special treatment. During a 2018 show in Detroit, Logic brought up a fan to play through a round of Street Fighter with him in front of the whole crowd.

In the Netlfix series Rapture, Logic was also seen bringing up an 11-year-old fan on stage to rap the entirety of “Flexecution,” which they did with ease.

Bobby Tarantino’s Vinyl Days Summer Tour with Wiz Khalifa is currently in full swing, with the Maryland rapper scheduled to perform next in Holmdel, New Jersey on Wednesday (August 17).

Aside from the Taylor Gang CEO, Logic has also brought along 24kGoldn, DJ Drama, Fedd The God and C Dot Castro for the joint venture, with Berner and Rubi Rose scheduled to perform on select dates.

Logic’s Vinyl Days dropped on June 17, and features appearances from Action Bronson, Russ, Curren$y, RZA, AZ, The Game and others. He also recently dropped off a behind-the-scenes documentary that focuses on his final days at his former label Def Jam, which he left earlier this year in favor of a deal at BMG that would allow him to own his masters.

The move to BMG serves as Logic’s first label change since dropping his debut album, Under Pressure, on Def Jam back in 2014.

“There’s a lot of bullshit in the music industry,” Logic said of the move in a statement. “I’m just glad to move on to a place where I can be independent and respected as an artist, and feel like I’m in control of my career.”