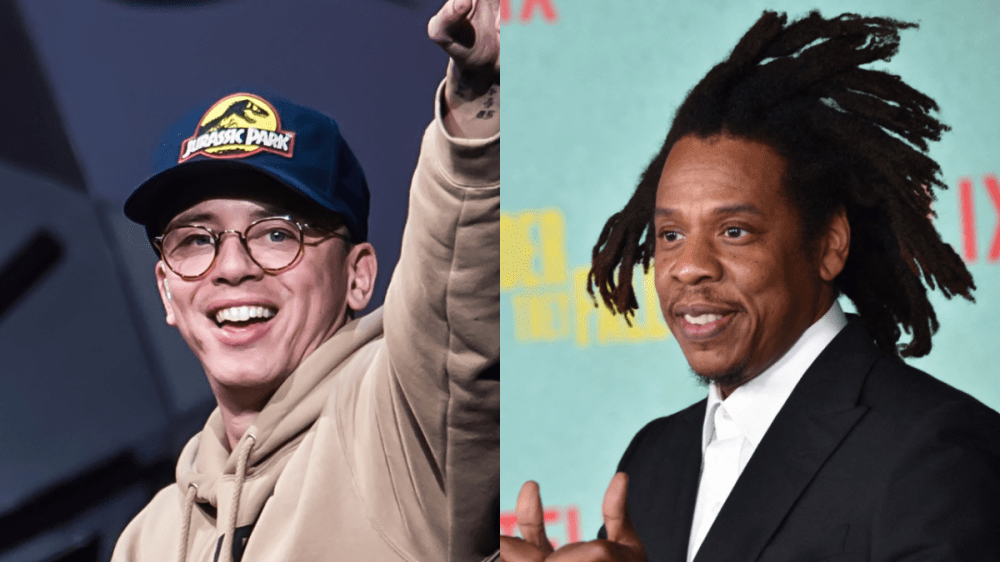 After announcing his return from retirement Michael Jordan style last summer, Logic has officially begun work on his new album — with an assist from “the Mike Jordan of recordin.’”

The Maryland-raised rapper recently announced on Twitter that his next project is titled Vinyl Days. In an accompanying video filmed in his home studio, he pulls out a microphone that once belonged to a rap icon and proceeds to make a beat using his mouth.

I made this beat with my mouth.
Working on a new album called “Vinyl Days” pic.twitter.com/jAVsGX9Uki

A Grammy-winning producer/executive/A&R and a Chicago Hip Hop legend, No I.D. produced the entirety of JAY-Z’s 2017 album 4:44, as well as songs such as “D.O.A. (Death of Auto-Tune),” “Primetime,” “Success” and “All Around the World.”

No I.D. also has a long history with Logic, having signed him to Def Jam in 2013. He later worked on albums such as Everybody and No Pressure.

“Without him, I wouldn’t be the artist and the young man that I am today,” Logic said of his mentor during an interview with VladTV in 2015.

As for JAY-Z, Logic has made no secret of his admiration for the Marcy Projects mogul having attempted to get him on a song in 2018.

“I’m callin’ out JAY-Z to jump up on the track with me and smack the whole industry/Show ’em what that real rap do,” he rapped on “The Return,” before following up with, “The ball’s in your court, Hov.”

Such a collaboration has yet to materialize, but it appears the 31-year-old MC is drawing inspiration from some of Jay’s early ’90s New York peers on Vinyl Days.

“I’m talking Hip Hop shit, straight to tape,” he spits in the snippet, before adding, “I feel like the RZA recording in ’88.”

Title track from my next album Vinyl Days pic.twitter.com/nyMVxvSvjn

JAY-Z isn’t the only big name helping Logic bring his new album to life. In a clip posted on Monday (January 17), the DMV native recruited famed interviewer Nardwuar to update fans on the forthcoming project, which is due out… well, when the samples clear.

Logic’s final release on Def Jam, Vinyl Days will serve as the follow-up to Bobby Tarantino III, which dropped in July 2021. Billed as a mixtape, the project debuted at No. 26 on the Billboard 200.

Also in the works is a full-length collaboration between Logic and revered producer Madlib called MadGic. The pair have released a handful of tracks so far, including “Mars Only Pt. 3,” “Mafia Music” and “Raddest Dad.”