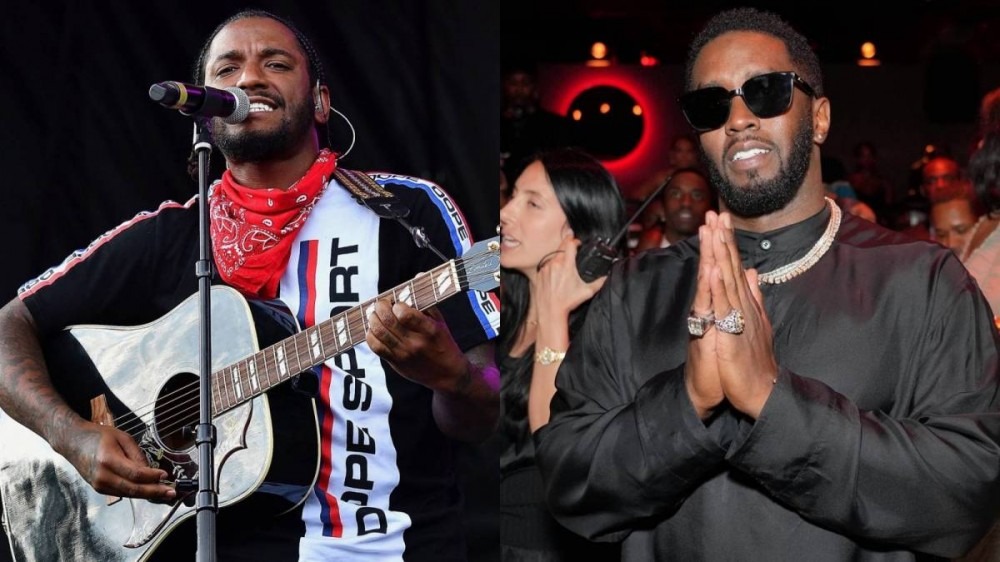 EXCLUSIVE – Lloyd is the latest artist to weigh in on Diddy’s recent comments about R&B being dead, telling HipHopDX that he’s thankful the Bad Boy mogul kicked off the conversation.

In August, Puff hosted an online discussion about the current state of R&B. Things quickly got heated when Timbaland joined the conversation, with Diddy yelling at the legendary producer: “R&B is muthafuckin’ dead as of right now.”

“R&B gotta be judged to a certain thing — it’s the feeling … No, no, no. It’s a feeling,” Diddy explained. “You gotta be able to sing for R&B and then you gotta tell the truth. R&B is not a hustle. This shit is about feeling your vulnerability.

This conversation was out of love and me purposely wanting to bring attention to R&B! It was something that I saw the effect of the Hip hop and R&B balance. That balance is honesty and realness when it comes together, melodies, vulnerability and most importantly LOVE!!!

The R&B debate continued to heat up throughout the past month, with the likes of Usher, Tank, Chris Brown, Hitmaka, Mary J. Blige and many more weighing in.

Brent Faiyaz also joined the discussion and said he doesn’t think people care about genres these days because of the mountains of music available on streaming services. “Don’t nobody care about music genres anymore, dat shit primitive. sauce dat shit up & let it fly,” he tweeted last month.

After a Twitter user called him out for his take, Faiyaz replied: “Lol man It’s really hard 2 explain this 2 music lovers who don’t create, but the properties that differentiate genres b damn near insignificant 2 us after a while. U spend enough time in the studio & they just become notes.”

“That’s how it should be,” Lloyd told HipHopDX in response to Faiyaz’s comments. “I make good music. I don’t think I make any particular kind of music. As long as you can tell a story; as long as there’s a human aspect, because I like to celebrate the human experience, like with ‘Tru’; and as long as there’s a bit of soul involved then if you wanna call that R&B that’s fine, but I just like to say ‘good music.’”

He continued: “I’ll tell you this too: I think the sound of music, the attitude of music, the look of music has changed dramatically since the ’90s, which a lot of people consider to be like a golden era. I was privy to that era and it was great, but I also love the fact that music in general is a direct reflection of self expression and there’s not a lot of red tape involved. So now you’re actually getting a wide variety of sounds, of emotions, of ages.

“Music is much younger now. There’s only so much life that these kids have lived; so as they get older they will develop their craft more and they will tend to make more soulful music, I believe.”

The former Murder Inc. singer then explained how he thinks “it’s a big tragedy” when the older generation declines to “respect and support creatives,” regardless of the era they come from.

“When we were kids I remember the people that thought we were making noise, but we were making art,” Lloyd said. “Every era does it and it’s a big tragedy. I don’t like it. And also I’ll tell you this: I love when people say that. Because in my mind I think, ‘Thank you Puff. You’re actually doing us a service because all eyes are now on us.’”

Some have put the decline of R&B’s popularity down to the current trend of “toxic R&B” as heard on tracks such as dvsn’s “If I Get Caught,” PARTYNEXTDOOR’s “Savage Anthem,” and Ne-Yo’s “Don’t Love Me,” with many people voicing their desire for the genre to bring back subject matters that focus on love and devotion.

Lloyd disagrees, explaining that singers sing about what they know and that age can play a factor in what they talk about on a record. He believes life experience is needed in order to broaden a person’s songwriting palette.

“If you talk to those guys, they were inspired by my younger music, right? Which I guess was a toxic version of myself, but it was really an underdeveloped version of myself, happening in real time in front of people,” the “Southside” singer said.

“So now you hear my music and it’s got a lot more elements of life, of experience, of appreciation, of honesty, of pride. It’s just about where you are in life and what you can relate to in those moments.”

He concluded: “The thing I love about music is I’m a fan first and there’s no particular one thing I wanna hear all the time. There is something for every moment and that’s really what it’s about. If this isn’t the moment for this kind of music, put something else on, but don’t bash it.”

As for Lloyd’s own music, the Atlanta native is gearing up to release the follow-up to his 2018 album Tru sometime in the coming months, which he revealed will feature appearances from Big K.R.I.T. and country music star Blanco Brown.

“I’ve been sitting on an album now for the past — almost two years,” Lloyd told HipHopDX. “I’ve just been tweaking it for the past six months, religiously. I have maybe one or two, possibly three dream collaborations that I’m trying to put together, but other than that, it’s done.”

While there’s no concrete release date for Lloyd’s sixth studio LP, he hopes it’ll arrive sometime in the next couple of months. “I’m trying to get it out before the [next leg of the] Millennium Tour starts, which is in October,” he said. “So the idea is hopefully within the next two months.”