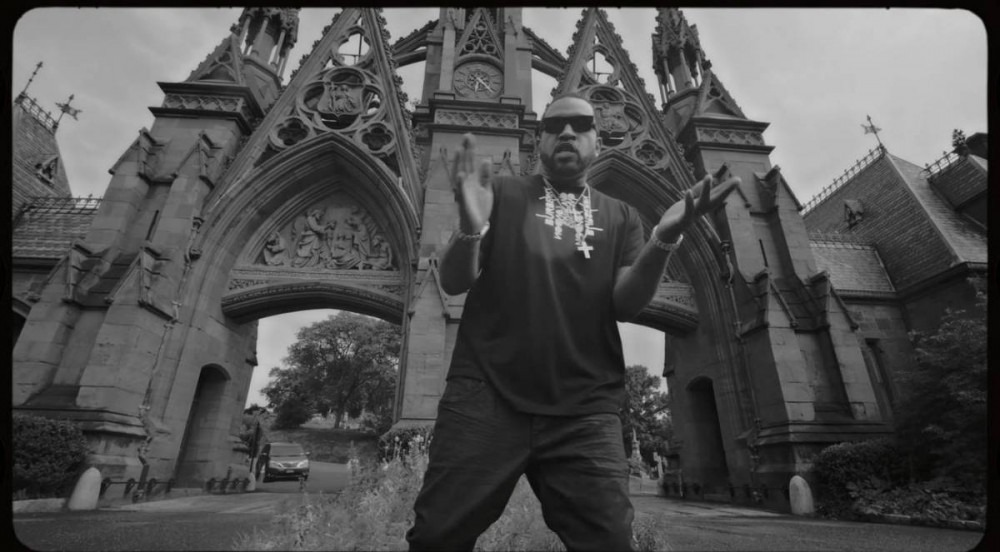 Lloyd Banks wants rap fans to give him his flowers while he can still smell them. That’s what the former G-Unit rapper demanded on his latest single “Dead Roses,” which he gave the visual treatment on Friday (July 15).

The track is taken from Banks’ new project The Course of the Inevitable 2, which features guest appearances from Jadakiss, Benny The Butcher, Conway The Machine, Tony Yayo, Dave East and Vado.

The black and white Llama-directed video follows Banks as he taunts his haters for wanting to take his spot, and criticizes the industry for allowing violence to be a driving force behind profits.

“State of emergency, hear the culture calling,” he raps. “Anyone that seem cool they make you focus on ’em/You lose your life to much sleep and having the dream is tough/N-ggas gotta see your bloodstream to make your streams go up.”

The Course of the Inevitable 2 is full of lyrical ponderings similar to “Dead Roses,” and despite Banks’ sour relationship with his former G-Unit head 50 Cent, the Queens-bred rapper made sure to give Fiddy his flowers and thanked him for being an “exceptional” songwriter who helped him improve his craft.

“Coming into mixtapes, starting from Master C, the [DJ] Clues, DJ Absoluts, and this was even before ‘Bad News’ dropped and things like that, watching 50, to be perfectly honest with you,” he said on The Joe Budden Podcast earlier this week. “He wasn’t just a writer, he was an exceptional songwriter.”

He continued, “Just conceptually and sticking to the whole subject matter, which was a plus for me because you’re looking around the game, there wasn’t many like that. Some of the biggest artists weren’t the best songwriters – he was. From the introduction, what you say in the beginning, where to pause. So that’s how I write.”

Stream The Course of the Inevitable 2 below.