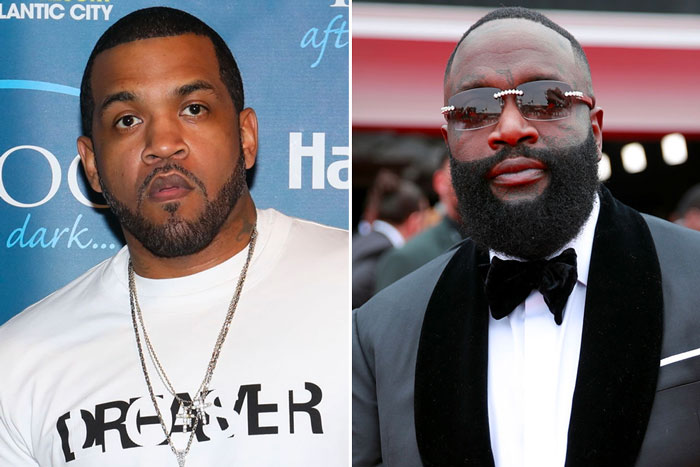 Lloyd Banks is rising above it all.

Over the weekend, Rick Ross tried to drag the former G-Unit member into his ongoing feud with 50 Cent. While listening to Banks’ 2004 hit “I’m So Fly,” Rozay took a shot at Banks by questioning his finances.

“Banks, you still got some money?” he asked. “Show us what you livin’ like. If you ain’t got no money, I’ll give you five grand for the Banks name. That might be one of my alias, Danks Sinatra, Dank!”

The MMG boss continued to antagonize Banks by suggesting a name for his next album, Victim of Circumstance, seemingly inspired by his relationship with 50.

Rozay wants to know if Banks got any money left after G-Unit pic.twitter.com/n0T5x35lnh

But if Ross was hoping to get a response from Banks, he may be disappointed. On Monday, the Queens rapper said he wanted no part in the drama.

“I’ll NEVER join the circus..so don’t expect it from me..peace & love,” he tweeted.

Ross’ comments come after he scored a legal victory against 50 Cent. In 2015, 50 sued Ross over an unauthorized remix of “In Da Club” on Ross’ Renzel Remixes mixtape. He was seeking upwards of $2 million from Rozay for using the beat without his permission. Earlier this month, a judge dismissed the five-year-old case and ruled that 50 didn’t have the right to personally sue since he didn’t own copyright to the song.