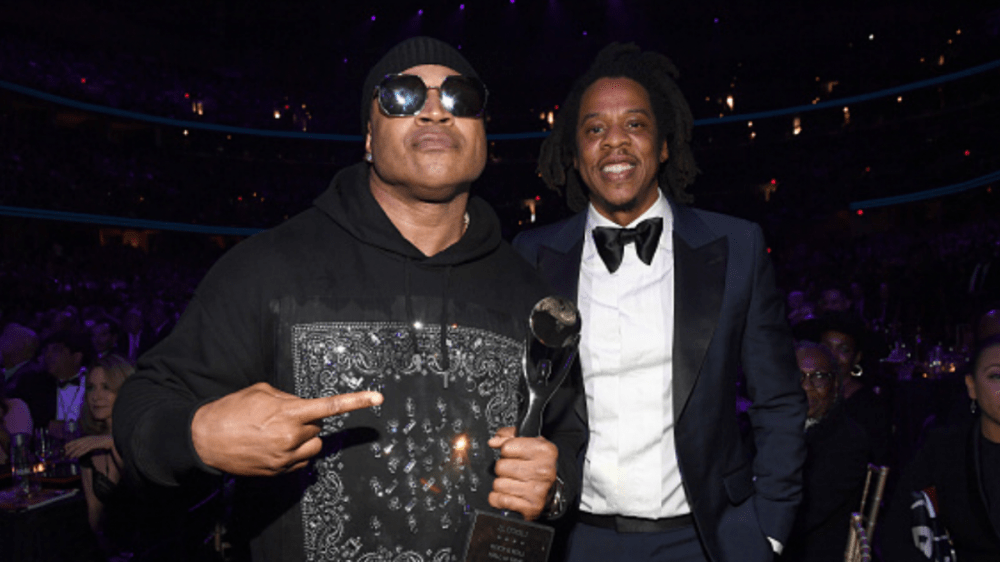 It was a monumental night for Hip Hop and the Hip Hop culture at large as the Rock and Roll Hall Of Fame Inducted two titans Saturday evening (October 30).

Rhyme masters LL Cool J and JAY-Z were shown one of the highest honors possible in popular music as they were officially inducted into the 2021 class of the Rock And Roll Hall Of Fame.

James Todd Smith brought out some fly friends to help him celebrate his big moment. He was adorned by both Eminem and J-Lo during his stage show at the event.

Cool J entered into the spitting arena at a time of Hip Hop’s infancy when no one in any position of musical power thought the genre could or would last. Now, finally, after six nominations James Todd Smith is an official Hall of Famer.

So many of the participants in the industry of Hip Hop stand upon the shoulders of Mr. Cool J without even understanding that it is partly because of his contributions as a young teenager that they are even able to exist in the rap game at all.

Thanks Kat this just put a smile on my face ?❤️

He dominated in an industry that at times didn’t respect what he did or what he wanted to do, so it’s definitely something like a phenomenon to see him get his much earned just due.

As for Mr. Shawn Carter, the perma-smile in every picture taken of him during the evening’s festivities says it all.

JAY-Z started off as the smart kid from Marcy Projects in Brooklyn who was reading dictionaries and encyclopedias. His hunger for knowledge and his desire to be the best helped him create a world within Hip Hop Culture that most couldn’t have even dared to dream of, let alone strive toward. This would one day enable him to become the microphone punishing force that rhymes before us today.

Jay spoke about the evolution of his career during his acceptance speech which was to be expected. However, he does get to boast on a few things that most don’t and can’t though.

Said Hov, “And then I got a phone call and it was like, ‘Hello? Jay?’ I got to work on my Obama accent. And he called me and he said, ‘You know, it’s the fourth quarter. We’re down two. I need you to assist me, give me the ball, I’m Michael Jordan and I’ll get this done. I need you to go to Miami, Philly, Atlanta, and Ohio.’ And I thought like, ‘Man, hip hop was really an agent for change and how amazing is its reach that this man is calling me to help out when he campaigned.

I thought, ‘Nigga, I’m Michael Jordan.’ That’s what I really thought. But I met him in Ohio and we won. We got it done here in Ohio. That just shows me the power of hip-hop, the power of these heroes who let me know that these things are possible. Shout out to Kendrick, who is a beautiful person. Hopefully [I’m showing the] next generation that anything is possible. I don’t know what’s next. In fact, I do know what’s next. I have to go to court. Life is about balance, but you know, tonight, I enjoyed tonight. I appreciate this honor. Sorry for this long-ass speech.”

Mr. Carter has taught the youth that you can come from a “Hardknock Life” and yet still find a way to persevere and find your way towards your dreams. He’s got the flyest girl wearing his chain and three gorgeous kids in tow to live out his Hip Hop inspired life. Who better to demonstrate the audacity of Hip Hop than he?

Congratulations to all the inductees and to the two stars in our very own rap inspired galaxy who kicked in doors so that the rest of us didn’t have to, we thank you.