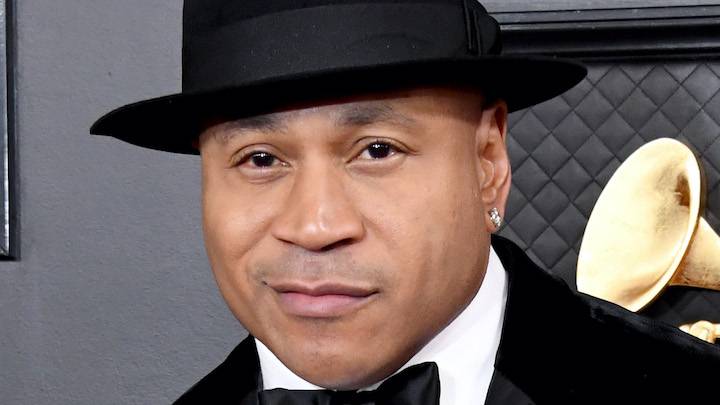 In the midst of his tirade against the music industry and recording contracts, Kanye West decided to do a little extra when he urinated on one of his Grammys.

Among those who took offense to it? Hip Hop legend LL COOL J.

The Rock The Bells CEO chopped it up on Desus & Mero with Desus Nice and The Kid Mero on Thursday (October 1) and opened up on Ye and the disrespect he felt the Chicago rapper/producer gave a number of people who put in work to earn the gramophone in Hip Hop.

“With all due respect, I think Kanye should just, you know … maybe he should just piss in a Yeezy or something instead of pissing on a Grammy. Piss in a pair of one them Yeezys, B,” LL said around the 15:30 mark. “I felt some kind of way about that shit. I didn’t love that shit because I’ve hosted the Grammys for five years. The Grammys didn’t get everything right, but they didn’t get everything wrong, either.”

He continued, “I don’t understand this constant disrespect. Look, now don’t get me wrong, there have been some foul things that have happened to some artists around the Grammys. They are not without flaws, don’t get me wrong. They are not perfect at all. I’ve seen things happen and I was like, damn. One year they invited [JAY-Z] down and I felt like he should have got some love and he got snubbed that year … but pissing in Grammys? Piss on one those space shoes, B. C’mon, man. What the fuck is he doing?”

Elsewhere in the lengthy interview, LL opened up about things in his career he wasn’t proud of, his long-rumored fight with Jamie Foxx on the set of Any Given Sunday and more.

“See, sometimes your intentions can be right but maybe the communication isn’t there,” LL said about regrets. “Maybe you meant to say something but people heard another thing. It is what it is. You can argue with yourself all day long about projects you had and why they didn’t connect. At the end of the day, your intentions … you shot the shot, you meant it to go in, but you missed! If you missed you missed. So yeah, I’ve had misses but I’m not ashamed of any of that, it’s part of being a champion.”

Back on September 16, Ye took to Twitter and proclaimed he wouldn’t stop going in on the music industry. One of those moments included the video of him urinating on one of his 21 Grammy Awards as an act of defiance.

“Trust me … I WONT STOP,” Ye wrote on Twitter. Many presumed the video was among the reasons Ye was temporarily suspended from the social media platform but he continued on, by calling Forbes editor Randall Lane a racist and publicly sharing Lane’s phone number.