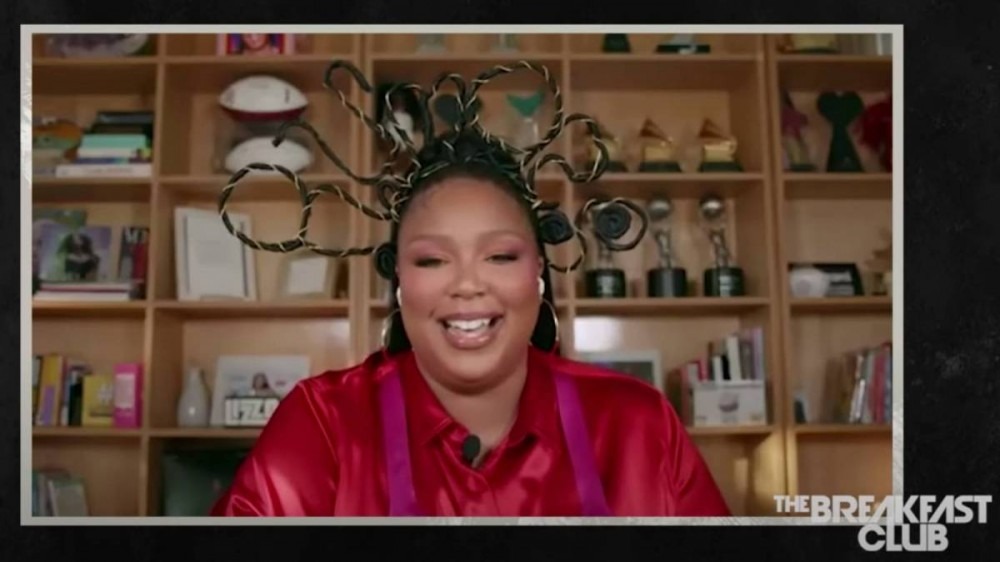 On the heels of their collective “Rumors” single, Lizzo is confirming the gossip about her co-collaborator Cardi B’s lust for her magic box is true.

During her appearance on the Breakfast Club Friday (August 14), Lizzo revealed she and Cardi B were separated by the director on set in the midst of filming the “Rumors” video because Cardi shot her shot at foreplay with Lizzo.

“Let me tell you something,” Lizzo started off with a gasp. “This is the funniest person. Like we were sitting there and she was like, ‘Ok, now whisper into Lizzo’s ear,’ and this is the first time we had to do that because at first, we were just kind of chatting. And she was like, ‘I want to eat your pussy,’ when I say I died laughing, this girl is so funny to me. After that the director split us up. She said, ‘Alright y’all can’t stand together anymore we’re going to have to do this in post.’”

Seemingly laughing off Bardi’s bold request, Lizzo went on to explain why she wasn’t surprised by her offer, considering how highly Cardi B speaks about big girl “WAP” in her raps, according to Lizzo.

“To be honest with you, I can’t tell if she was joking or not,” she began with a giggle. “Because you know she is always talking about big girl pussy. She always talking about it. She say, ‘Pussy stay wet/Like a big bitch, remember that. Listen, I been keeping track records of this, you know, she talks about it all the time. She said, ‘You know how big girls have wetter vaginas?’ she talks about fat girl pussy all the time and she has that tongue, so who knows. Maybe the rumors are true.”

Lizzo went on to confess that she was flattered and got, ‘A little wet down there,’ as a result of Cardi B’s salacious proposition.

Though “Rumors” is the first collaboration between Cardi B and Lizzo, it follows her consistent contributions to a sequence of femme fatale-powered Hip Hop hits.

Also, HipHopDX shared multiple reports this year which suggest the Atlantic Records rapper may be joining forces with Warner Record’s Icy Girl Saweetie for a collaborative mixtape, as well.

The three-time Grammy Award-Winning artist went on to discuss her adoration for Cardi B, Captain America pregnancy rumors, new music and more.

Watch the full interview above and then revisit the official “Rumors” video below.