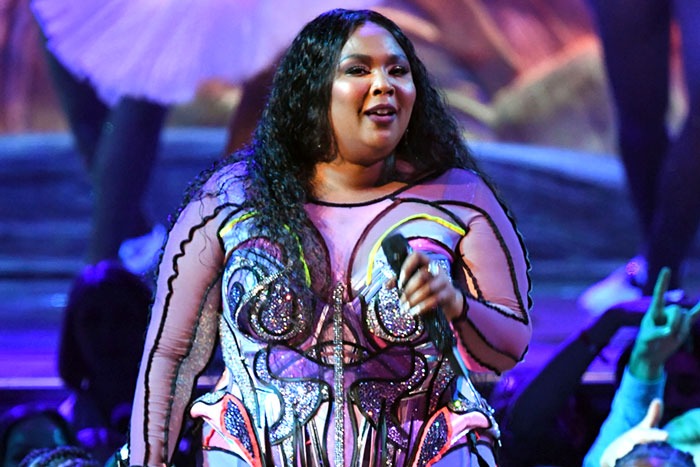 Lizzo kicked off the Grammys with a bang, periodt!

“Tonight is for Kobe!” she said as she opened the 62nd annual show at the house that Kobe Bryant built, the Staples Center in Los Angeles. Leading with eight nominations, Lizzo then launched into “Cuz I Love You” off her now-Grammy-winning album.

Ballerinas with lit-up tutus danced around before she segued into her record-tying hit “Truth Hurts,” accompanied by an all-female string section. Wearing sparkly boots and a sheer bodysuit, she put on a powerhouse show with her female dancers before busting out Sasha Flute for a solo.

“Welcome to the Grammys, bitch!” said Lizzo before receiving a standing ovation from the crowd.

It’s shaping up to be a big night for Lizzo. She has already won three awards including Best Urban Contemporary Album (Cuz I Love You), Best Traditional R&B Performance (“Jerome”), and Best Pop Solo Performance for “Truth Hurts.”

While accepting the award for the latter, she acknowledged Kobe’s tragic death. “This whole week, I be lost in my problems, stressed out and then in an instant, all of that can go away,” said Lizzo. “Your priorities really shift. And today, all of my little problems that I thought were big as the world were gone.”