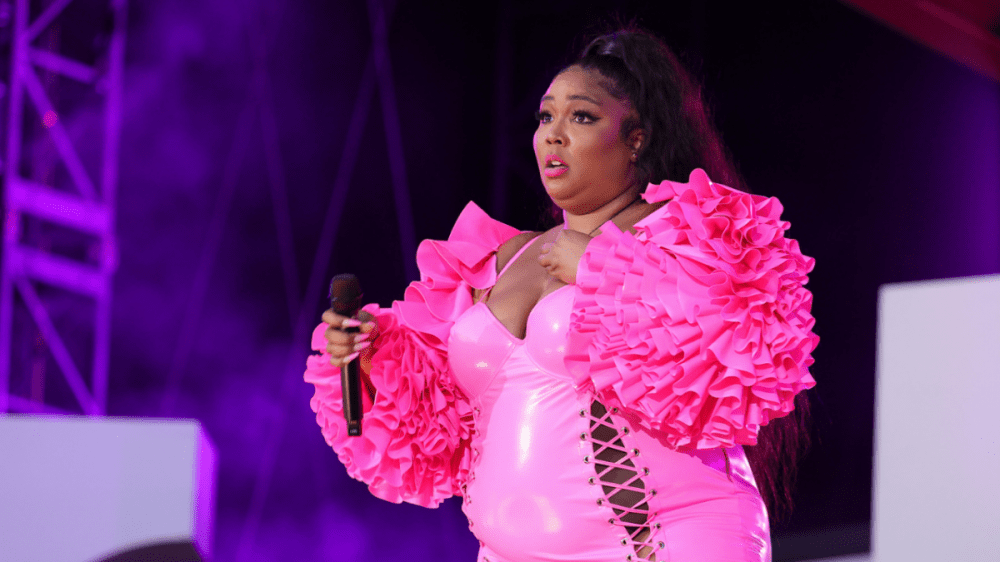 Lizzo has never been one to be ashamed of her physical appearance. While the plus-sized superstar has been fat shamed since bursting onto the scene a few years ago, she’s still more than proud to strut her stuff regardless of how anyone may feel.

Earlier this week, she once again gave her haters something to talk about when she stole the spotlight at Cardi B’s birthday party by showing up in a see-through sheer dress. While heads like Swae Lee and The Game might’ve enjoyed the view, the social media trolls once again revealed the disdain they hold for Lizzo’s confidence. Knowing she touched a nerve with her critics, Lizzo piled on the big boned buoyancy and posted more videos of herself twerking in her “controversial” dress without a care in the world.

She wasn’t done just yet though.

Looking to drive the point home that she’ll flaunt every last inch of her physical degree, Lizzo took to Instagram and dropped a video of her bare rump and shook it like a Polaroid picture before proudly stating “Kiss my Black a** b*tch!”

Naturally, many felt that Lizzo went overboard with her latest stunt with some questioning why Boosie Badazz got banned from Instagram for nudity while Lizzo gets a pass for mooning her thousands of viewers. Though Lizzo obviously had panties on while she was working it for the camera, they did lowkey disappear when she hit a certain angle. So it wasn’t full-on nudity per-say.

Of course many came to Lizzo’s defense and praised her for continuing to live her best life and love herself in a manner that many people of her size might have a problem embracing.

Expect more of this from Lizzo if y’all keep talking slick about her.