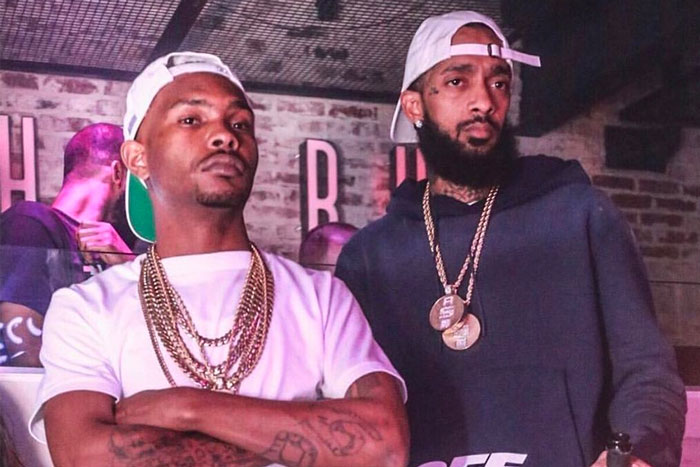 Following his posthumous collaboration with Big Sean, Nipsey’s friend and All Money In associate J Stone has released his new project, The Definition of Pain, featuring two unreleased verses from the late rapper, who appears on a pair of tracks, “LeBron James” and “Started Wit Nothin’.”

On “LeBron James,” which also features Dom Kennedy, the late great Neighborhood Nip raps about his come-up. “Ballin’ before my face was in The Source / I did my dirt, I had my reasons I was poor,” he raps. “Picked myself up off the floor / The options I explore got me pullin’ up and sh*t / And fu**in’ up the store.”

On “Started Wit Nothin’” featuring T.I., the Crenshaw legend boasts about his lavish lifestyle. “My passport ain’t got one blank page in it / Young made, ni**a / Dropped out the 10th grade, ni**a / Rolex was my wave, ni**a / I got Malcolm X on my chain, ni**a / Tony Montana my Cuban, or better yet Eric Wright / My ni**a we ruthless.”

In honor of the 10th anniversary of Nipsey’s classic mixtape, The Marathon, his estate has announced plans to release an “interactive live visual album” next year. “The experience will give viewers and intimate look at the era that helped shape this masterpiece,” reads a message on his Instagram.