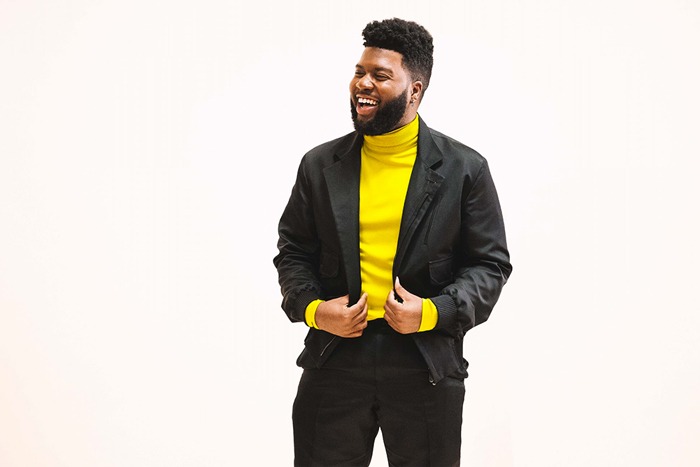 Khalid is cruising into the new year.

The R&B superstar hits the streets for a late-night drive on his laid-back jam “Eleven,” which was inspired by ’90s R&B and features hidden ad libs from British crooner Craig David.

“Late at night, eleven, we’re cruising / Lately, I’ve been watching your movements,” sings Khalid. “If I’m the only one that you’re choosing / Am I your favorite drug you’ve been using?”

During an interview with Zane Lowe on Apple Music’s Beats 1, he opened up about the track. “I love making music you can drive to, and I feel like ‘Eleven’ is the perfect track to just play on your stereo, grip the wheel of your car, and just go where the wind takes you,” he said. “That’s what this song makes me feel like. This one I wanted to do something different.”

The song was inspired by his mother’s love of R&B. “My mom lives, breathes, sleeps R&B music, so I really feel like this is the ode to just people who came before me, and I really love the song. It reminds me of that Timbaland era and Aaliyah and music just felt so good.”

“Eleven” follows “Up All Night,” which was released in November. Khalid, whose sophomore album Free Spirit topped the charts last April, has been in the studio working on more music.

“I’m feeling like I want to put out more music. I just want to just keep riding and riding and just throwing out,” he added. “Maybe I’ll create like an EP. That’s really just the vibe that I’m going on, it’s just making like an EP. Something that I really dive deep in and create just this mini sound and just give it out to people because I really want to take my time with my next album and just make sure it’s perfect.”

Khalid closed out 2019 with his “Free Spirit World Tour,” which traveled to arenas across the globe. His hit “Talk” is nominated for Record of the Year at the 62nd annual Grammy Awards on Jan. 26.