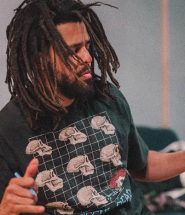 J. Cole has fans patiently waiting for new music, but a freestyle will have to do for now.

To celebrate the one-year anniversary of the Dreamville compilation Revenge of the Dreamers III, the label has shared a video featuring unreleased footage from the “legendary sessions” with Ari Lennox, EarthGang, Lute, Omen, and more.

The 10-minute clip also features a new freestyle from J. Cole. In his minute-long freestyle, Young Simba goes off the dome with a fiery flow. “I don’t follow trends, dawg, I tend to steer / Look, all these rap ni**as my sons and I get mad ’cause they trash, so I’m turning into Brenda here,” he raps, referencing Tupac’s “Brenda’s Got a Baby.”

He also issues a warning to the competition. “I hear ni**as throwing their darts, it’s on the spot / But you don’t want no problem with Cole, it’s always smart now,” he says, adding, “When the going gets Cole, you only murder yourself / And you and I know, you are not suicidal / J. Cole, newer God flow … Live fast, I’ma make sure you die slow.”

Released on July 5, 2019, Revenge of the Dreamers III debuted atop the Billboard 200 and was certified platinum. A deluxe edition arrived in January with 12 additional tracks.

J. Cole hasn’t released a solo album since 2018’s KOD, but last month he returned with “Snow On Tha Bluff” on which he addressed Noname and the Black Lives Matter movement. He is reportedly readying his next project, The Fall Off, for release sometime this year.