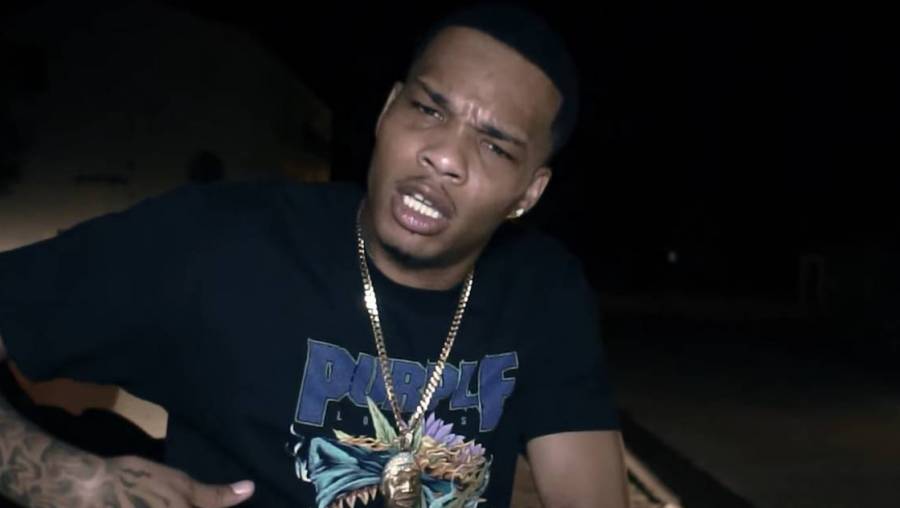 Dublin, CA – Two suspects were arrested on a murder warrant Tuesday (April 27) during the investigation of Bay Area native Lil Yase who was shot and killed in November 2020. Although the motive in the killing remains to be determined, there is an alleged love connection among the three people in the case.

According to KTVU, Dublin police officers booked Jovante Williams and Angel Butler, both 28, who were taken to Santa Rita Jail for their alleged roles in the shooting of the 26-year-old San Francisco-bred “Who Is He” rapper (born Mark Alexander Antonyyo, Jr).

“We’ve been in close contact with the victim’s immediate family,” Dublin Police Captain Nate Schmidt said to The Mercury News. “We’re happy that we can come up with some kind of conclusion for them.”

Dublin police said Butler and Williams live together at an apartment complex located about a block away from the crime scene in the southern section of the East Bay near Oakland.

Police say Butler was romantically involved with Lil Yase and Williams simultaneously. Lil Yase was gunned down around 1 a.m. local rime on November 28 in Dublin after he speculatively left his San Francisco home a few hours earlier to meet with Butler.

As authorities were finding out if there was a possible setup to ambush Lil Yase, KRON reported the Alameda County District Attorney declined to press charges Thursday (April 29) after the warrant initially apprehended them for first-degree murder. The Alamedia County DA’s decline to press charges subsequently canceled the suspects’ arraignment, which was scheduled for Thursday and were released from custody.

However, Capt. Schmidt says he and his detectives feel they were led to the correct suspects based on Lil Yase’s “dying declaration” at Eden Medical Center in Castro Valley where he died from his injuries. Also, crime scene technicians found DNA on a shell casing from the gun fired to shoot Lil Yase. The DNA was not linked to Butler or Williams, but rather to their child.

Lil Yase was an up-and-coming rapper who gained made his buzz from one of his earliest singles “Pull Up” featuring Drakeo The Ruler in 2016. He had several other videos for his singles since then such as “Yeah Yeah,” “Mad” featuring Shoreline Mafia, “Hold No Hands” and “Demon,” which had amassed over 3 million views on YouTube.